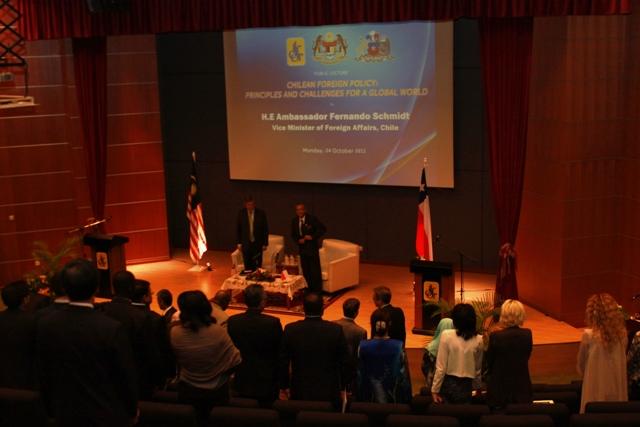 A Public Lecture entitled, “Chilean Foreign Policy: Principles and Challenges for a Global World”, by H.E Ambassador Fernando Schmidt, Vice Minister of Foreign Affairs of Chile was held at the Institute of Diplomacy and Foreign Relations (IDFR) on 24 October 2011.

In his address, the visiting dignitary explained at length the framework and principles of Chilean foreign policy. He opined that the focus of diplomacy should be on finding solutions to problems relating to what is lacking in one’s own country or region and also in other countries where the people are less fortunate. Speaking in the context of his country’s foreign policy, the Vice Minister expressed the view that diplomats should identify and promote successful policies that could be replicated; seek new business opportunities and areas of economic cooperation; establish links for mutual benefit in the areas of education, science and technology, and in the development of clean, renewable energies. He added that diplomats should also focus on the promotion of human rights, strengthening of democracy, the fight against corruption and drug trafficking, and the promotion of transparency.

In explaining his country’s foreign policy, the Vice Minister said that it was based on the following principles :

In sharing Chile’s strategies to deepen trade relations with external markets, the Vice Minister said that ‘presidential tours’ were effective as it allows direct diplomacy to take place, in addition to permitting greater visibility. He said that Chile particularly valued the visits of President Barack Obama of the United States of America and Vice President Xi Jingping of China who have made Chile one of their stops in their Latin-American tours, indirectly paying testimony to the nation’s political stability, quality of democracy, social development and economic strength.

The second tool highlighted by the Vice Minister was the ‘enhancement of trade and cooperation agreements’. In this regard, he said that the signing of the Free Trade Agreement between Malaysia and Chile, Malaysia's first with a South American country, is on track to being ratified by the Chilean Congress by year-end and is expected to raise the level of trade between the two countries.

Speaking about Chile’s trade relations, he explained that 80% of the country’s trade is with three specific regions namely Asia, which accounts for 48%, Europe with 20% and NAFTA with 15%. As such, his country places special emphasis on its relations with these three regions with which it currently enjoys excellent political and cultural relations.

The Vice Minister also spoke of the Trans-Pacific Partnership (TPP) that was initially signed between New Zealand, Brunei, Singapore and Chile. Malaysia together with the US, Australia, Vietnam and Peru are currently negotiating to join the partnership that seeks to eventually create a Pacific free trade zone.

In his talk, the visiting dignitary highlighted the close and steadily growing political and economic links between Malaysia and Chile which started with the establishment of diplomatic relations in 1979 and the setting up of an Embassy in Kuala Lumpur 10 years later. The signing of a Free Trade Agreement and an Air Services Agreement between the two countries in 2010, that is expected to be implemented soon, will further strengthen the political, trade and economic ties between them.

He also expressed Chile’s appreciation for Malaysia being instrumental in Chile’s successful accession to APEC.

The visiting dignitary also spoke about Chile’s strengthening relations with ASEAN and highlighted that it has been given observer status in the regional organisation. As Pro Tempore Secretariat of the Rio Group, he said that Chile will be able to develop better understanding between the grouping and ASEAN.

The Vice Minister ended his talk by expressing his view that the on-going exchanges of ideas, views and experiences will help to further strengthen friendship and cooperation between Chile and Malaysia. He also expressed the hope that in the coming months, the students of the Diplomatic Academy of Chile would be able to participate in a similar event like the one held at IDFR so that they have a better perspective of Malaysian diplomacy and its challenges.

The Public Lecture was attended by about 110 participants, including the participants of the Crisis Management Course for International Participants held at IDFR and representatives from the diplomatic corps in Kuala Lumpur, especially from the Latin American Missions. 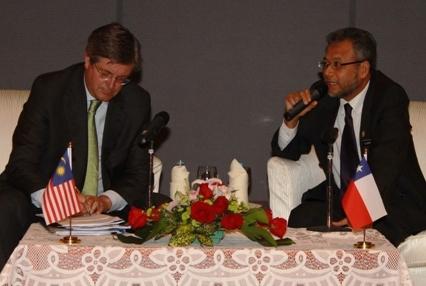 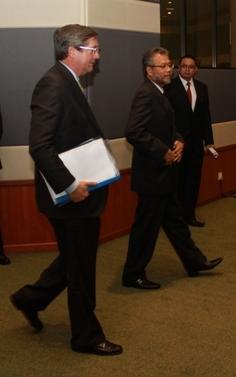 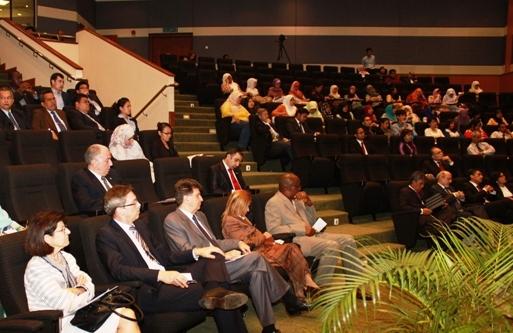