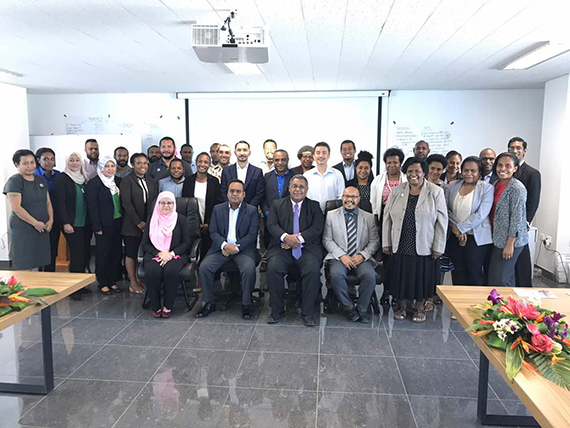 The Workshop on APEC for Papua New Guinea Officials was carried out from 9 to 11 April 2018 in the capital of the country itself, Port Moresby. In relation to the emerging bilateral relationship between Malaysia and Papua New Guinea, an agreement to assist Papua New Guinea capacity building development was made through our very own Malaysian Technical Cooperation Programme (MTCP). Amongst the initiatives were to design a training programme for these officials pertaining to the Asia-Pacific Economic Cooperation (APEC) Summit which will be happening in November 2018. Thus, the Institute of Diplomacy and Foreign Relations (IDFR), Ministry of Foreign Affairs, Malaysia together with the Ministry of Trade and Industry (MITI) have made the workshop a success.

Fourty nine officials from various ministries across the capital, such as the Department of Foreign Affairs, Department of Treasury and Department of Trade, Commerce and Industry who will be part of the APEC 2018 team of rapporteurs, participated in the workshop. The workshop aimed to equip the participants with the necessary knowledge and competency on rapporteuring, thus enabling them to carry out their duties professionally and effectively for the upcoming 26th APEC Summit.

During the workshop, the participants were given an overview of their rapporteuring duties, i.e. understanding the APEC key initiatives and meetings; Papua New Guinea 2018 theme; and priorities. In addition, the general guideline for rapporteuring, i.e. the roles and flow of rapporteuring; the mechanics of reporting and its format were also emphasised during the session.

A simulation exercise of an APEC Ministerial Meeting was held on the second day. This was then followed by a session on the strategies to effective writing, focusing on knowing the audience and how it sets them to the purpose of writing, which compile to the APEC Writing Guidelines; types of sentences that should be drafted and avoided; common usage of grammatical structures in ministerial statements and declarations; and the need to proofread.

The module on strategies of note taking during the APEC Meetings, i.e. the focus point, preparation before meetings, helpful tools during note-taking, such as the usage of symbols and abbreviations; familiarity to different accents; and the dos and don’ts after note-taking; were highlighted during the final day. The three-day workshop ended with a demonstration and practical hands-on usage of a digital voice recorder, i.e. using and listening to recorded messages; a practical exercise of listening to recorded transcript; writing and summarising the salient points; and editing and proofreading the document as a whole-class activity.

The sessions which were conducted in lectures, discussions, group or individual activities and simulations have benefited the participants in preparing themselves for the APEC Summit 2018. The participants gave constructive feedback in regards to the workshop and speakers. They were of the view that the workshop materials and session activities were well planned and sequenced accordingly.

It is hoped that this initiative of supportive cooperation and knowledge sharing exercise will continue to reinforce the bilateral relationship between Malaysia and Papua New Guinea. 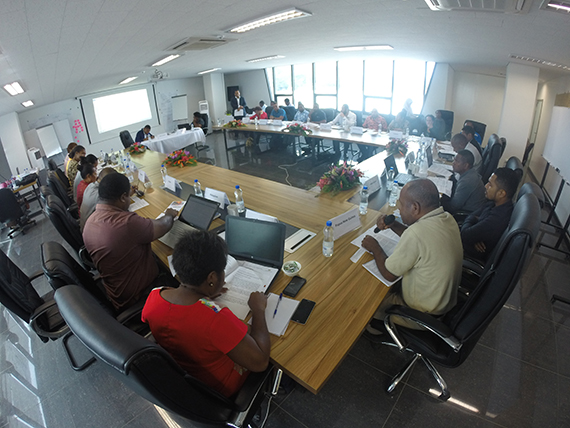 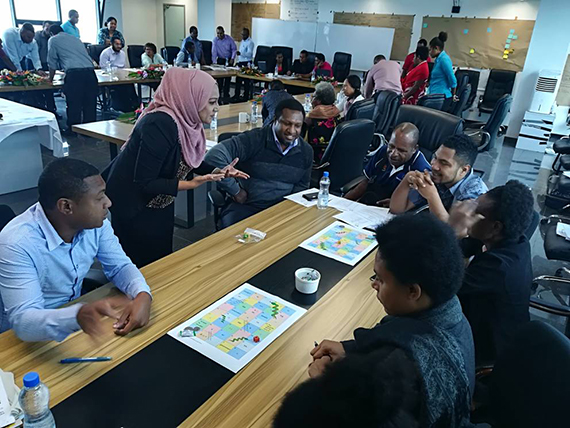