The Regional Integration Processes in Latin America and the Caribbean 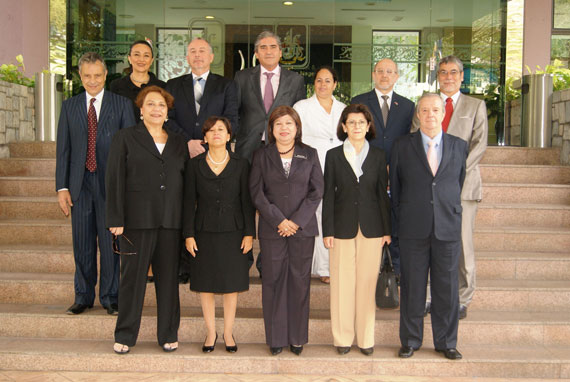 The round table discussion was attended by 70 participants from the various governmental agencies, universities, and private sectors. The welcoming remarks was graced by H.E. Ambassador Aminahtun Hj. A. Karim, Deputy Director General of IDFR.

H.E. Christian Rehren, the Ambassador of Chile, begins his presentation by acknowledging H.E. Dato’ Ku Jaafar Ku Shaari, the former Director General of IDFR, for his integral effort to craft this event to become a reality. In his speech, Regional Integration: Conceptual Framework, History, Facts, the Community of Latin America and the Caribbean States (Comunidad de Estados Latinoamericanos y Caribeños - CELAC), H.E. Rehren briefed on the historical background of the Latin America and the Caribbean and emphasized that the CELAC establishment was based on respect and mutual understanding among the Latin American and the Caribbean states. Its objectives were to integrate and deepen the political, economic, social and cultural of the region through mechanism of consultation, integration and cooperation. To date, CELAC comprises 33 member states.

The session continued with the presentation on the Union of South American Nations (Unión de Naciones Suramericanas - UNASUR) by H.E. Marco Balarezo, Ambassador of Peru. Officially established in 2008, UNASUR is a collective effort to drive the South American Nations towards regional integration in cultural, social, economic, political, security and defense cooperation that were based on the principle of consensus, flexibility and graduation towards achieving its set objectives. According to H.E. Balarezo, the current focus of the organisation was on connectivity and defense cooperation throughout the continent. About US100 billion has been invested in this project.

The third speaker, H.E. Gerardo Prato, the Ambassador of Uruguay, touched on the Southern Common Market (Mercado Común del Sur - MERCOSUR), an economic and trade agreement that comprised of Argentina, Brazil, Paraguay, Uruguay, Venezuela with Bolivia soon becoming the six accessing member. Since its establishment from the 1991 Treaty of Asunción, the bloc has seen an exponential growth in trade. With the current positive growth in trade, H.E. Prato believes that the organisation would continue to grow stronger.

The Bolivarian Alliance for the Peoples of Our Americas - Peoples’ Trade Treaty (Alianza Bolivariana para los Pueblos de Nuestra América - Tratado de Comercio de los Pueblos - ALBA-TCP) lecture was presented by H.E. Lourdes Puma Puma, Ambassador of Ecuador. It is an organisation based on the idea of political, economic and social integration of the countries in Latin America and the Caribbean. Initiated by H.E. Hugo Chávez in 2001, ALBA-TCP, comprised of a group of nine countries from the Caribbean, South and Central America, brings these countries together to establish an instrument based on unity among member countries with the objective to promote fairness, cooperation and complementary of trade and production for their citizen. H. E.  Puma Puma highlighted that the current focus of ALBA-TCP was on energy and food security.

The final speaker of the session, H.E. Rodrigo Querubin, Ambassador of Colombia, presented his topic entitled The Pacific Alliance (Alianza del Pacífico), a Latin America Pacific group that comprised of Chile, Colombia, Mexico and Peru. The Alliance, H.E. Querubin informed, was a platform created with a clear objective for economic and business growth along with social welfare and devoid of politics.

The closing remarks were made by H.E. Manuel Guzman, Dean of the Latin American and the Caribbean countries and the Ambassador of the Bolivian Republic of Venezuela who summarized that the current Latin America and the Caribbean nations witness a rapid and pragmatic integration progress through the collaborative effort made by the countries through these various organisations. 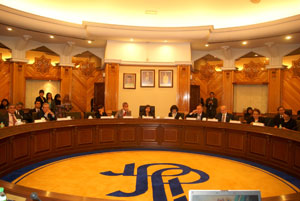 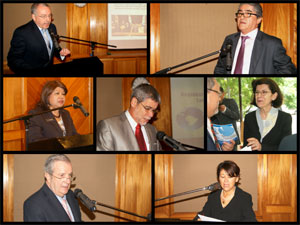