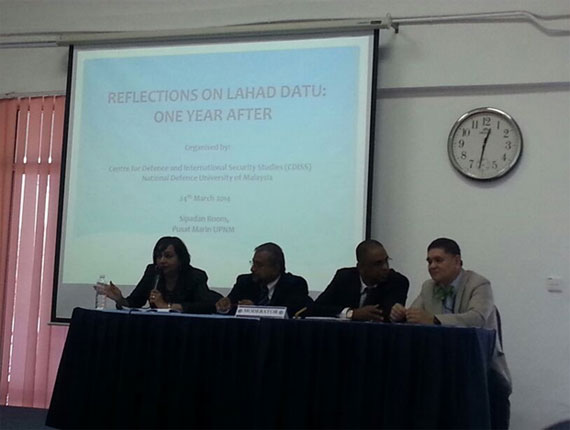 A half-day seminar titled ‘Reflections on Lahad Datu: One Year Later’ was organised by the Centre for Defence and International Security Studies (CDISS), National Defence University of Malaysia (NDUM) was held on 24 March 2014. The seminar was organized to reflect upon the incident whereby Sulu armed insurgents who called themselves ‘The Royal Sulu Army’ from the southern island of Mindanao, Philippines had landed in Lahad Datu on 12 February 2013. The intruders wanted to claim Sabah as belonging to Jamalul Kiram, the self proclaimed Sultan of Sulu’s family. The intruders refused to leave Lahad Datu after several negotiations with the government failed which led to armed conflict between the Malaysian Defence Forces and the Sulu intruders in March 2013. This incident had marred the country’s image and tarnished the good diplomatic relationship between Malaysia and the Philippines.

The objectives of the seminar included the need to highlight the historical reality about the legal implication on the Sultan of Sulu’s claim on Sabah, to enlighten the participants about the geographical intimacy between the sprawling islands of Philippines and northeast Sabah and to inform the participants about the economical implications that attract the people of Philippines to settle in Sabah.

The seminar was moderated by Lt Col Ajaya Kumar from NDUM. Among the speakers who presented their papers and views during the seminar were as follows:

The seminar was held to explain about the historical and legal perspectives that had some implications on the desire by the Sultan Sulu claims on Sabah. The historical aspect covered right from the beginning when the Spanish conquered the Philippines right through the American adventure in the country and then followed by the Japanese invasion during the Second World War. The participants were briefed about the various treaties and agreements which eventually relinquished Sultan Sulu’s claim on Sabah which the descendants had vehemently denied that they had lost their rights on Sabah.

The speakers touched on the legality of the claim and reiterated that Sultan Sulu does not have the ‘locus standi’ to bring his claims to the International Court of Justice (ICJ).

The seminar gave some information about the lessons learnt from the Lahad Datu incident and the causes that had instigated the ‘Royal Sulu Army’ to infiltrate into Sabah in the hope of waging war against Malaysia in order to re-claim Sabah. The historical perspectives lecture was an important reminder that Sabah will forever remain with Malaysia and no outside forces could legally claim Sabah as theirs. Moreover, the seminar also highlighted the importance to safeguard the eastern coast of Sabah from future intrusions from outside parties because Sabah’s economy is booming and this potential for wealth looks very attractive to external forces. 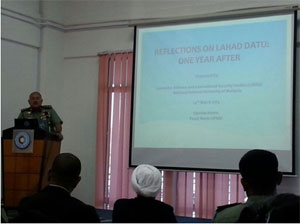 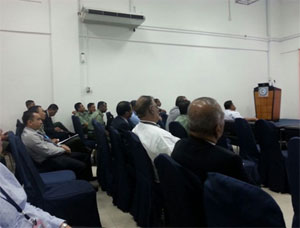