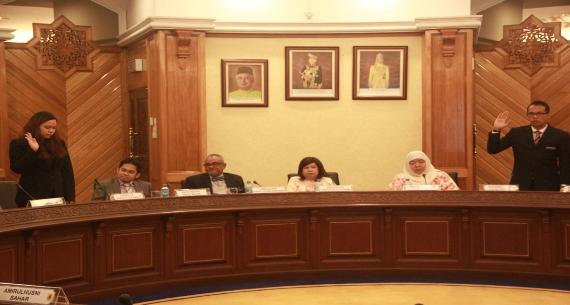 The Institute of Diplomacy and Foreign Relations (IDFR) is currently organising the Diploma in Diplomacy (DiD) 2015 programme from 5 May to 13 November 2015. The DiD programme is a six-month mandatory programme for junior Malaysian diplomats. The programme is designed to equip the junior diplomats with knowledge and skills in the practice of diplomacy and international relations. Upon successfully completing the programme, they will be conferred the "Diploma in Diplomacy".

The opening ceremony for the programme was held at the Treaty Room, Institute of Diplomacy and Foreign Relations (IDFR) Kuala Lumpur on Tuesday, 5 May 2015. In attendance was Her Excellency Ambassador Aminahtun Haji A Karim, Deputy Director General of IDFR; His Excellency Ambassador Zainol Rahim Zainuddin, Director General, Department of Strategic Planning and Implementation, Wisma Putra; Mr. Riedzal Malik, Principal Assistant Secretary, Human Resource Division, Wisma Putra; Officials from IDFR; DiD Secretariat, as well as all 18 DiD participants.

Her Excellency Ambassador Aminahtun in her opening remarks expressed her hopes for the participants to actively participate in all the modules and gained the most benefits from all distinguished speakers invited. Subsequently, His Excellency Ambassador Zainol in his remarks, also highlighted on the importance of DiD programme in providing solid foundations in required knowledge and skills prior to the participants being posting abroad.

The ceremony was concluded with the pledge and signing of ‘Aku Janji’ by the participants, led by Mr. Mohd Hail Anif Mohd Fauzi. 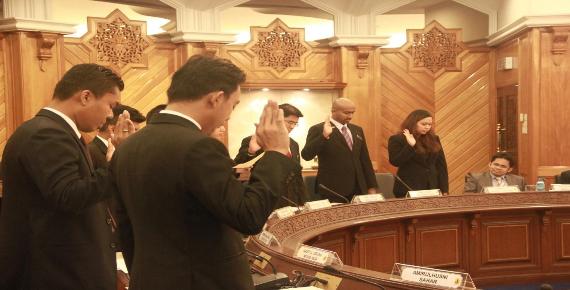