Highly competent and professional Home-Based staffs (HBS) are crucial in ensuring the effectiveness of public service delivery at Malaysian Missions abroad. For this reason, the Institute of Diplomacy and Foreign Relations (IDFR) has organised the first series of SPKM: Pre-Posting Orientation Course for Home-Based Staff and Spouses from 5 to 14 February 2018. This course is designed for officers (Grade 41 and above) and their spouses to enhance and develop their diplomatic skills and knowledge in diplomatic practices and international relations.

The course aims to expose the participants to matters related to their roles and functions and basic diplomatic practice that they are expected to do when serving at Malaysian Missions abroad. Among the modules conducted were lectures on Malaysia’s Foreign Policy; Cross Cultural Awareness; Grooming and Social Etiquette; Consular Works at Mission, as well as Administrative and Security Matters at Mission. Furthermore, they have also been exposed on national security, as well as the importance of ethics and integrity in strengthening their accountability.

IDFR believes all of the officers will be fully prepared to perform their responsibilities efficiently at the Malaysian Missions abroad. Encik Aiyub Omar, Director, Centre for Leadership, Negotiation and Public Diplomacy, delivered his closing remarks and presented the certificates to the participants on the last day of the course. 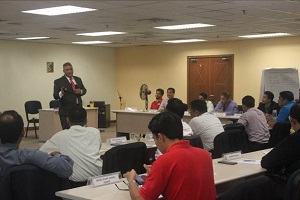 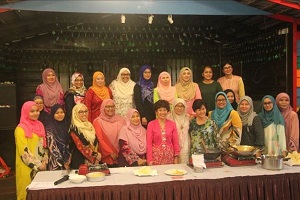