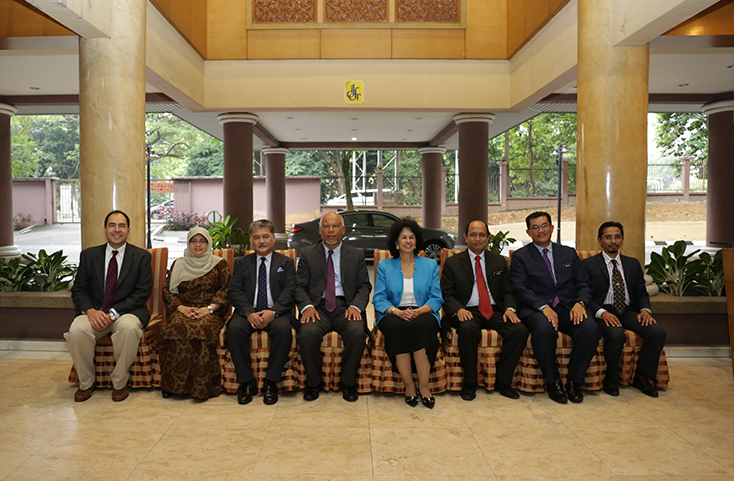 On 28 November 2018, the Institute of Diplomacy and Foreign Relations (IDFR), in collaboration with the Department of State, United States of America organised the last IDFR Lecture Series for 2018 titled, U.S-Malaysia Relations: Past, Present and Future Direction by Dr Pamela Sodhy, Adjunct Associate Professor in the Asian Studies Program, School of Foreign Service, Georgetown University, Washington D.C.

The lecture highlighted the main developments in the U.S-Malaysia bilateral relations from 1957 to present, covering political, economic and socio-cultural aspects. Dr Sodhy started off by providing a general overview of the U.S-Malaysia relations. Prior to Malaysia’s independence (then Malaya), the relationship was rather indirect mainly through Britain. Following Malaysia’s independence in 1957, both nations initiated a direct relationship. Subsequently, over the period of post-independence to 2018, the relationship had experienced six former Malaysian premiers and 12 American presidents. At present, Dr Sodhy touched on the relationship under Tun Dr Mahathir Mohamad and President Donald Trump as well as contemplated on the prospect of future direction between the two nations.

On political-security aspect, the domino effect theory (that Malaya would fall under communism’s influence) was the starting point for military assistance rendered by the U.S. The ties were also strengthened when the latter faced a confrontation from Indonesia, a neighboring and the biggest country in the region whereby the U.S sided with Malaysia. Thereafter, the U.S had a military presence in Malaysia whilst providing military training and aid as well. Moving forward, regional strategic concern (role of Indo-Pacific, China and ASEAN amongst others) and counter-terrorism would be among the main agendas in political-security aspect under the U.S-Malaysia relations.

Dr Sodhy opined that the economic relations between the United States and Malaysia had been diversified. At the outset, the U.S needed rubber and tins from Malaya to fulfill the demand of their automotive industry as well as to equip their soldiers’ food supply. Thereafter, both nations’ economic activities had been expanded, from merely trading (rubber, tin, textiles, palm), to include loans and investment (especially electronic equipment), amongst others. However, both nations did experience protectionist sentiment whereby the U.S had imposed tariff on Malaysia’s textiles during the Tun Hussein Onn and Ronald Reagan’s period.

On socio-cultural ties, Dr Sodhy was of the view that capacity building, technical assistance, educational exchanges and volunteering programmes had marked the cooperation between the two nations. Asia Foundation, Peace Corps Volunteers, Fulbright scholarships and Young Southeast Asian Leaders Initiative (YSEALI) were among the core programmes that bound the socio-cultural ties between the U.S and Malaysia.

As for the future direction, she emphasised that the relationship would depend on three main variables; i) leadership factor, ii) state of the economy, and iii) the geopolitical concern. She concluded her lecture by highlighting main agendas which were counter-terrorism and economy that would define the level of closeness of the two nations. 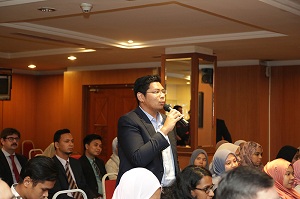 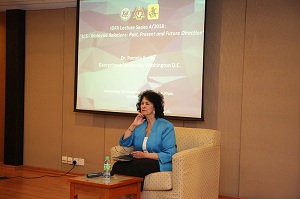