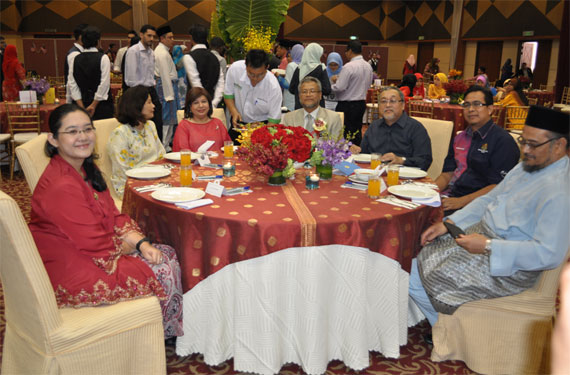 On 23 August 2013, the respective directors, officers and staff at the Institute of Diplomacy and Foreign Relations (IDFR) organised a farewell for the Director General, Dato’ Ku Jaafar Ku Shaari held at IDFR’s Multi Purpose Hall. This event was organised to express gratitude to Dato’ for his meritorious service at IDFR for the past three years and to congratulate him on his appointment as the new Ambassador of Malaysia to Egypt.

The event continued with a video montage for the Director General. The highlight of the event was when Dato’ Ku Jaafar took the floor with his speech. He congratulated all the Directors, officers, and staff of IDFR for their contribution and achievement at this institute. He added that, he will miss this institute and also the people here as everyone cooperated and had given their support and commitment throughout his period as Director General. 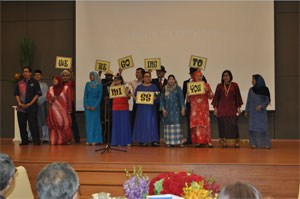 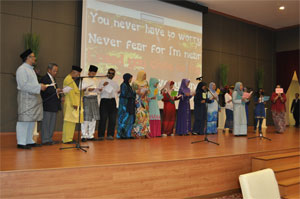 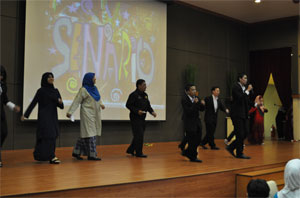 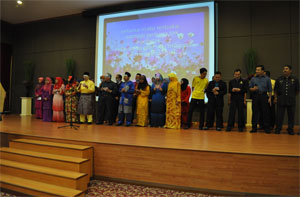 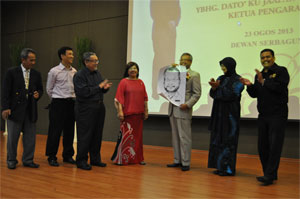