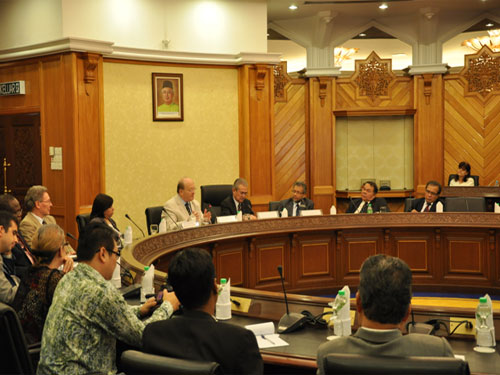 A Roundtable Discussion on “Commonwealth Renewal from the Canadian Perspective” presented by the Honourable Senator Hugh Segal, Canada’s Special Envoy for Commonwealth Renewal and Member of the Commonwealth Eminent Persons Group (EPG) was held at the Institute of Diplomacy and Foreign Relations (IDFR) on 19 April 2012. The event was honoured by the presence of YABhg Tun Abdullah Ahmad Badawi, former Prime Minister of Malaysia, who gave the introductory speech.

In his talk, Senator Segal spoke about the challenges facing the Commonwealth and the need for it to “renew itself” in order to be relevant in the changing global environment of today. He felt that it would be a tragedy if the Commonwealth which symbolizes the coming together of diverse ethnic and   groups ceases to exist. Also, in his view, the grouping still has an important role to play in alleviating poverty, promoting education, public health, racial and gender equality, and democracy in the member countries.

During the question and answer Session, the distinguished speaker spoke of the similarity in ideals between the Commonwealth which brings different nationalities and ethnic groups together and the Global Movement of Moderates that is being promoted by Malaysia.

The participants who attended the roundtable included officers from various government agencies, academicians, the Masters students at IDFR and members of the diplomatic corps. 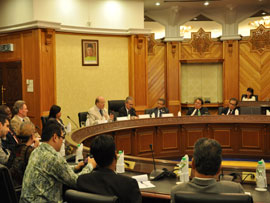 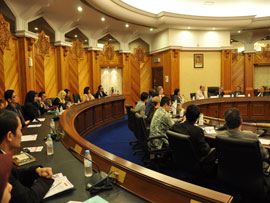