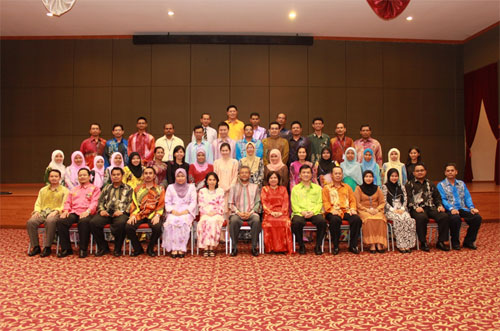 SPKM Pre-Posting Orientation Course for Officers and Spouses 2/2012 ended on 18 May 2012. 34 officers from various ministries and government agencies participated in the course. It was also attended by 17 spouses of the officers.

This second series featured an improvised programme based on the recent meeting of IDFR, Wisma Putra and Wisma Putra Ladies’ Association (PERWAKILAN). Among the new modules added were a One-Day Cooking Demonstration and The Role of Spouse 2 (involving only spouses). The new modules were included to cater mainly to spouses who were attending the course as their participation has been made compulsory. The flow of the modules has also been improved in which Day 1 until Day 4 involved only modules on administration, management and matters related to working at a mission, delivered by Wisma Putra officers. Day 5 until Day 10 focused on protocol, etiquette, culture, and grooming. The improved programme received commendable feedback and responses from the officers and spouses. 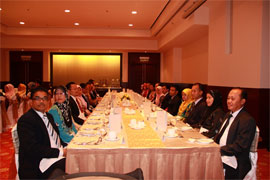