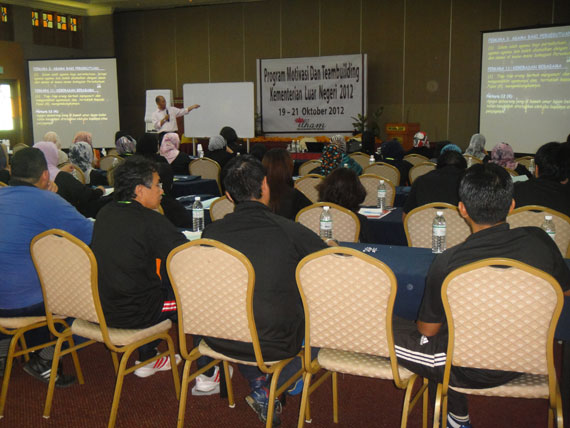 Believing in the power of human capital, Wisma Putra continued the third installment of a comprehensive Wisma Putra’s Motivational and Teambuilding Programme at the PNB Ilham Resort and Spa, Port Dickson from 19 to 21 October 2012. A total of nine (9) staff from the Institute of Diplomacy and Foreign Relations (IDFR) were among the participants of the Series 3 Programme.

To kick start the programme, an ice-breaking session with interactive segments and group formation was held to let the participants know each other. Taking cue from previous programmes, briefing sessions by Biro Tatanegara (BTN) became a hit with participants. This time, the briefings were on 1Malaysia and other related Malaysian concepts as each and every Wisma Putra staff would be responsible to present Malaysia and inform the international public of Malaysian concepts and policies. Outdoor activities and group sessions were then held to test the cooperation and problem-solving skills of each team.

The last day further demonstrated teamwork spirit and group creativity through a few group activities and team synergy sessions. Series 3 was again a success which had managed to form new bonding as well as motivated the participants to strive for the best work performance. 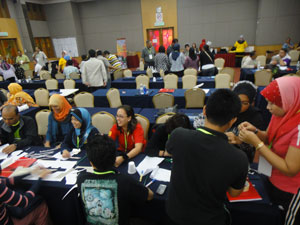 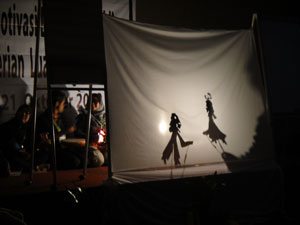