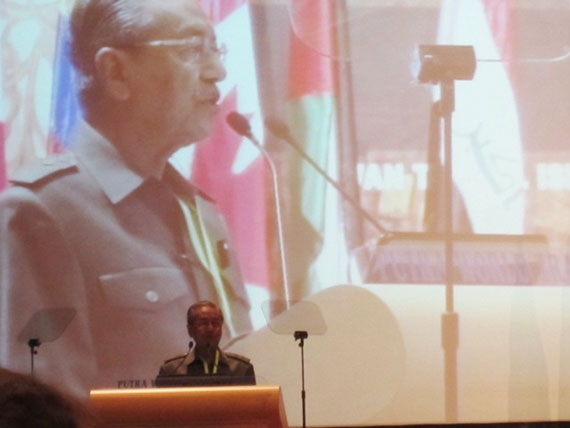 An International Conference on ‘9/11 Revisited – Seeking the Truth’ was organised on 19 November 2012 in Kuala Lumpur by the Perdana Global Peace Foundation (PGPF).  YBhg. Dato’ Ku Jaafar Ku Shaari, Director General, Institute of Diplomacy and Foreign Relations (IDFR) and YBhg. Ambassador Aminahtun Hj. A. Karim, Deputy Director General and senior officers were among those that attended; including the diplomatic corps, the media, academicians, NGO personalities and university students.

Session IV: 9/11 and War Crimes – A Panel Discussion and Recommendation was moderated by Prof. Gurdial Singh Nijar, Faculty of Law, University of Malaya, Malaysia and the above nine speakers presented their views and recommendations.

The closing session was delivered by YBhg. Tan Sri Norian Mai, Chairman of PGPF and was followed with a press conference.

Majority of the speakers expressed their thoughts that the attacks on the two World Trade Centre towers and the collapse of WTC 7 were premeditated as the manner that the three buildings came down had the features of controlled demolition. Tun Dr. Mahathir Mohamad mentioned that the PGPF is dedicated in finding the truth behind what happened on 9/11. He also said that the alternative media has provided avenues for everyone to write convincingly to influence the citizens of the world to demand a new enquiry. 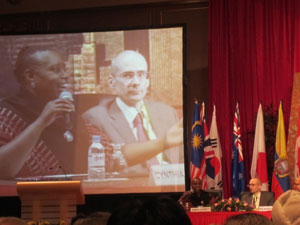 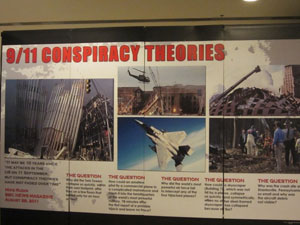 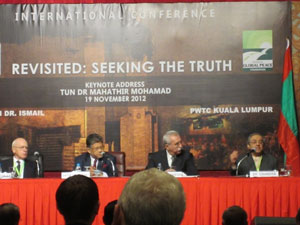