The Orientation Course For Spouses Of Malaysian Diplomats September – December 2012 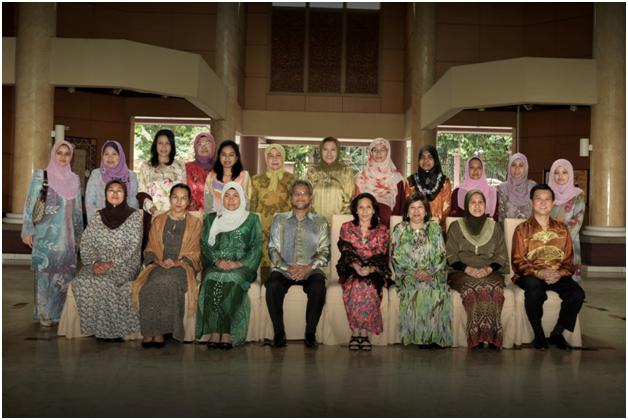 Institute of Diplomacy and Foreign Relations (IDFR) had successfully organised the newly introduced Orientation Course for Spouses of Malaysian Diplomats from the month of September till December 2012. The course is designed specifically for the spouses of the Malaysian diplomats as well as for the members of the Ladies Association of the Ministry of Foreign Affairs Malaysia (PERWAKILAN).

The main objective of the course is to prepare spouses on their roles and responsibilities when accompanying their spouses abroad. The course content was designed based on discussions with YBhg. Datin Sri Siti Rubiah Abdul Samad, Patron of PERWAKILAN and wife of the Minister of Foreign Affairs Malaysia, YBhg.Puan Sri Jazliza Jalaluddin, President of PERWAKILAN, YBhg. Dato’ Rohana Ramli, Deputy Secretary General of Service Management Wisma Putra and YBhg. Ambassador Aminahtun Hj. A Karim, Deputy Director General of IDFR.

The scheduled 7-part course began on the 5 September 2012. The first series was on “Perks and Privileges” delivered by YBhg. Dato’ Nor’ Aini Abd Hamid, Chief of Inspectorate from the Ministry of Foreign Affairs and “Royal Protocol” delivered by Encik Omar Baba, a protocol consultant. The second series was held on 19 September 2012 which focused on the topic concerning “Emotion and Stress Management and Reception and Official Entertaining” delivered by Madam Shahreen Kamaluddin, Managing Director of Shahreen Corporate Communications.

The third series of the course was held on 10 October 2012 on the topic “Communication Skills” presented by Ms. Jackie Clarke, Senior Teacher, Professional Development Unit, British Council Malaysia. The fourth series on “Cooking Demonstration and Practicum” was organised on 24 October 2012  where Encik Mohd Zain Kutut, Lecturer from the Faculty of Food Service Management, Department of Culinary and Gastronomy, Universiti Teknologi MARA (UiTM) conducted the practical session.

Subsequently, on 31 October 2012, the module on “English Language and Public Speaking” was conducted by Madam Joyce Abraham, English Language Teacher from IDFR. The sixth series module which was on “Official Writing Skills and Meeting Management” was presented by Dr. Abdul Rahim Said, Consultant, Rahimsaid Consulting Services on 7 November 2012. On 28 November 2012, the seventh series on “Grooming and Reception and Official Entertaining (Practicum)” was conducted by Puan Rahimah Yeop, Director of Academic, Research and Publication Division, IDFR.

The last series for the course was held on the 20 December 2012 where Dr. Abdul Rahim Said, Rahimsaid Consulting Services, delivered a lecture on “Teamwork and Leadership”. Finally, YBhg. Puan Sri Jazliza Jalaluddin, President of PERWAKILAN concluded the Orientation Course for Spouses of Malaysian Diplomats when she was invited to deliver a talk on “The Role of Spouse” to the participants.

The closing ceremony and certificate presentation was officiated by YBhg. Dato’ Ku Jaafar Ku Shaari, Director General of IDFR. The event took place at the VIP Dining of IDFR over luncheon. The participants were delighted with the overall implementation and organisation of the course. They have also further expressed their interest to participate in future programmes that are tailored specifically for the spouses.