The 8th Heads of Mission Conference 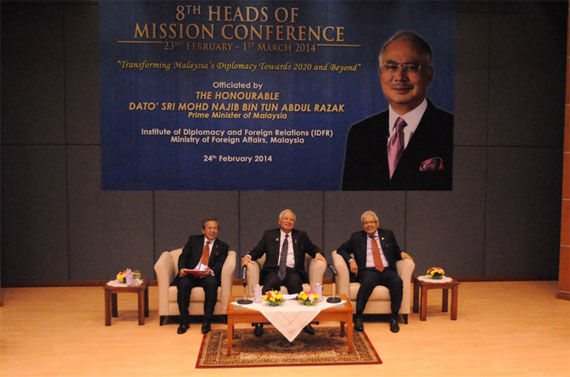 From 23 February to 1 March 2014, the Ministry of Foreign Affairs, Malaysia organised the 8th Heads of Mission Conference with the theme, “Transforming Malaysia’s Diplomacy Towards 2020 and Beyond.” The Institute of Diplomacy and Foreign Relations (IDFR) hosted the conference from 23 to 26 February 2014.

Throughout the six-day conference, participants were engaged in numerous dialogues between NGOs, economists, academicians, federal and state government officials.

The opening ceremony of the Eighth Heads of Mission Conference 2014 was officiated by the Prime Minister of Malaysia, YAB Dato’ Sri Mohd Najib Tun Abdul Razak on 24 February 2014. The programme commenced with welcoming remarks by YB Dato’ Sri Anifah Hj Aman, Minister of Foreign Affairs Malaysia, followed by a keynote address by the Prime Minister. YAB Dato’ Sri Najib stated that as a Middle Power, Malaysia must continue its commitment towards ASEAN and devote adequate resources to strengthening our bilateral relations with its neighbors and continue to value ASEAN as the fulcrum of peace, prosperity and stability in the region.

YAB also said as policymakers, diplomats and members of the international community, Malaysia must react to the transformations that is trending around the region and the world, with a transformation of our own, a foreign policy which will see Malaysia through to a developed status and beyond by 2020. Also “as Malaysia’s chief representatives abroad, you each have a unique role; in your hands rest the task of ensuring that our Malaysian stands proud in the world. Based on past experience, I know you will rise to the challenge.”

On 25 February 2014, the Deputy Prime Minister of Malaysia, YAB Tan Sri Muhyiddin Yassin delivered his address titled, Engaging and Mobilizing Malaysian Diaspora to Strengthen the Nation. Later, the Chief Secretary to the Government of Malaysia, YBhg. Tan Sri Dr. Ali Hamsa spoke about the Role of Malaysian Diplomats towards Realising the National Transformation Agenda. A special spouse programme was also conducted which included talks on Understanding Emotional Intelligence and Professionalism and Moments of Truth at Missions. YBhg. Datin Sri Siti Rubiah Datuk Abdul Samad, wife of the Minister of Foreign Affairs, Malaysia, was the guest of honour.

The second half of the conference was set in Kuching, Sarawak and Kota Kinabalu, Sabah. 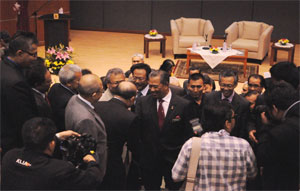 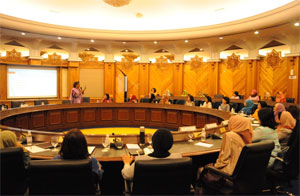 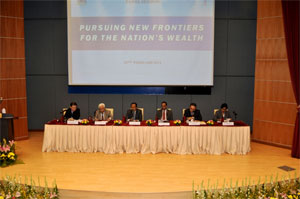