Lecture on Ukraine and the European Security by Professor Dr. Sarah Birch, Chair of Comparative Politics at School of Social and Political Sciences, University of Glasgow 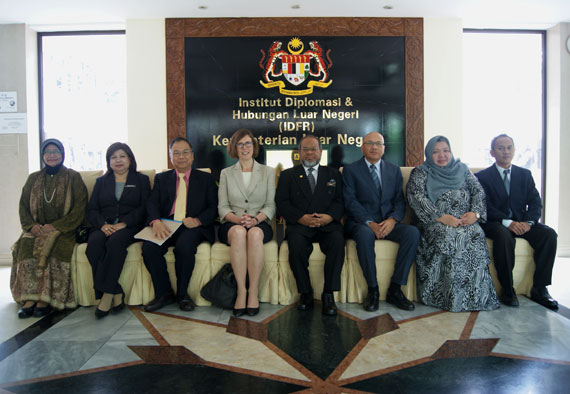 On 1 July 2014, IDFR with the support from Foreign Policy Study Group (FPSG) and the Jeffrey Cheah Institute of Southeast Asia, hosted Professor Dr. Sarah Birch, Chair of Comparative Politics at School of Social and Political Sciences, University of Glasgow to deliver a lecture on Ukraine and European Security. The programme began with welcoming remarks by YBhg. Dato’ Hussin Nayan, the Director General of IDFR and the lecture was moderated by the Deputy Chairman of FPSG, YBhg. Dato’ M. Redzuan Kushairi.

The lecture focused on history, facts and socio-politics of Ukraine. According to Professor Dr. Birch, Ukraine which was located at the heart of Europe and on the border between the eastern and western halves of the continent, has often been a battleground between forces that desire control over Europe.

Through her simple yet concise presentation, Professor Dr. Birch described on how the combination of institutions and ethnic identity has created problems to Ukraine’s stability. She also described on the corruption issues that happened during Viktor Yanukovych, former president of Ukraine’s leadership. This corruption matters had led to Euromaidan which ended violently and resulted in a leadership vacuum when Yanukovych fled Kiev. The revolution positively resulted in a stronger Ukraine when the government was replaced by a coalition government made up of centrist and right-wing parties.

Professor Dr. Birch also gave her opinion on the issue of Russia occupying Crimea. It was in contravention of the 1994 Budapest accords, in which Ukraine agreed to renounce its nuclear weapons in exchange for Russian guarantees that it would respect Ukraine’s territorial integrity. The occupation of Crimea has alienated Russia from the West and drawn Ukraine closer to Western powers.

Professor Dr. Birch believed that the confrontation has left the European Union somewhat divided and has put question marks over the possibility of a real European security policy. The confrontation has divided the non–Western world with many people across the globe are glad to see a state stand up to the West. At the same time, many smaller states are also dismayed at the erosion of international rule of law. 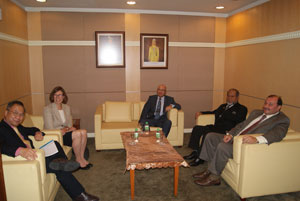