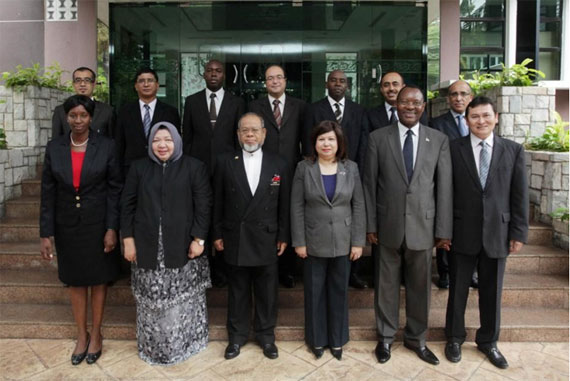 The Institute of Diplomacy and Foreign Relations (IDFR) organised the Executive Workshop on Diplomacy and Security for Senior Government Officials 2014 from 25 to 29 August 2014. The programme, conducted under the Malaysian Technical Cooperation Programme (MTCP), was attended by nine (9) senior government officials from Egypt, Ghana, Kenya, Mali, Morocco, Myanmar and Pakistan.

The objectives of the course were mainly to provide the participants with an exposure to Malaysia’s experience in managing its foreign policy, international relations and security; to provide ideas, concept and hands-on experience of Malaysia’s economic, infrastructure and social development; and to enable the participants to network among themselves as well as with members of Malaysia’s public sector. The networking would prove to be invaluable in the years ahead.

Tan Sri Razali Ismail delivered talk on The Role of Global Movement of Moderates in Establishing Stability. This particular session was also attended by the participants of Diploma in Diplomacy course, as well as senior officials from IDFR.

The course concluded with a panel discussion on Managing Human Issues in Respect of MH370. The discussion was moderated by Dato’ Hussin Nayan, the Director General of IDFR while the panelists were Ambassador Rahimi Harun from the Ministry of Foreign Affairs, Malaysia, Mr. Ahmad Nizar Zolfakar from Department of Civil Aviation (DCA) and Madam Juwairiyah Jaafar, a psychologist from the Malaysian Crisis Intervention Team (MCIT). The panelists shared their experiences on how they had handled the tragedy of this magnitude, specifically in dealing with the next-of-kin of the victims. 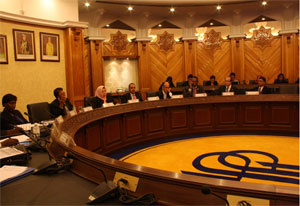