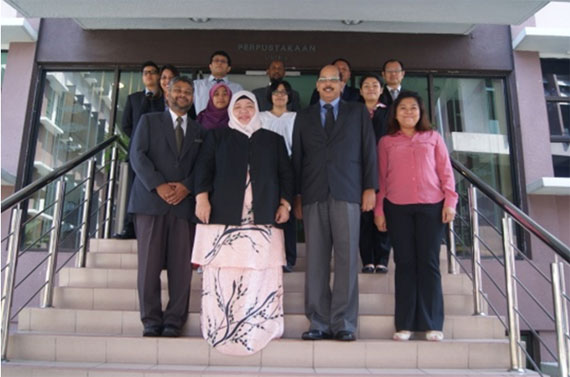 Following the new intake of students, IDFR organised the Master in Social Science (Strategy & Diplomacy) Orientation Programme Session 2014/2015 from 2 to 5 September 2014. Puan Norani Ibrahim, Director (Special Projects) of IDFR delivered the opening remarks. In her address, she expressed the hope that the Master’s programme would benefit the students profoundly. She also noted that the programme is a tough and challenging task which requires strong commitment.

On the second and third day, the orientation programme was conducted at UKM. Associate Professor Dr. Sity Daud, Chairperson of Pusat Pengajian Sejarah, Politik dan Strategi (PPSPS) presented the welcoming remarks and was followed by a briefing on visa and logistic matters. The students were taken on a UKM Library Familiarisation tour as well as other facilities followed by a medical check-up.

On the final day, Mr. Zikry Kholil, a consultant trainer, conducted a reflections session. The orientation programme ended with closing remarks by Ambassador Aminahtun Hj. A. Karim, the Deputy Director General of IDFR. 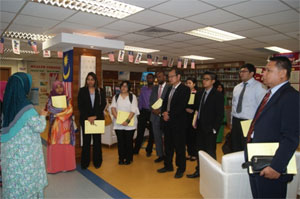