Islamic State (IS) and Its Threats to Malaysia Forum 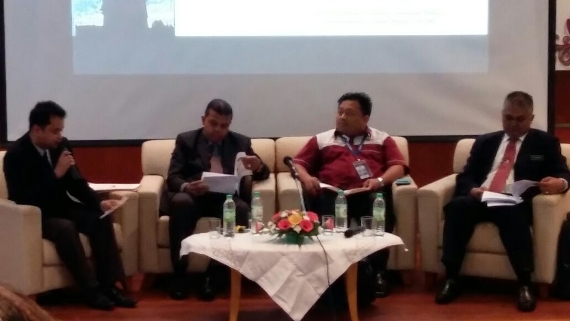 Islamic State (IS) is a radical Islamist group that has seized large swathes of territory in eastern Syria and across northern and western Iraq. Its brutal tactics of mass killings and abductions of members of religious and ethnic minorities, as well as the beheadings of soldiers and journalists have sparked fear and outrage across the world and prompted US military intervention. The forum discussed in great detail of the threats coming from groups that support the existence of the Islamic State (IS), and the off-late increased involvement of Malaysians with the organisation.

The forum has also allowed for the issue to be viewed from the various perspectives as the session was paneled by panelist from various Government agencies. The panelists for the forum were YBhg. Dato’ Ayob Khan Mydin Pitchay, Assistant Director General, Special Branch (Operations/Counter Terrorism division), Mr. Hamzah Ishak, Undersecretary, Majlis Keselamatan Negara, and Mr. Shamril Faizalis Shamsul Bahari, Security and Public Order Division, Ministry of Home Affairs. The forum was moderated by Mr. Nik Hussein Nik Ali from the Ministry of Foreign Affairs, Malaysia. 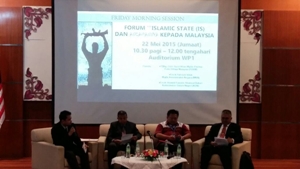