Opening Ceremony Of Diploma In Diplomacy 2016 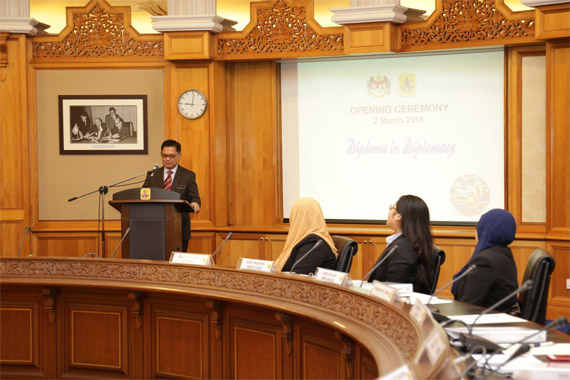 The Institute of Diplomacy and Foreign Relations (IDFR), Ministry of Foreign Affairs, Malaysia is organising the Diploma in Diplomacy (DiD) from 1 March until 9 September 2016. The programme is a six-month mandatory training course for Malaysian junior diplomats prior to their first postings at Malaysia’s Diplomatic Missions. It is a preparatory platform for them to acquire skills and enhance their knowledge on areas related to foreign service, diplomacy, and international relations. This year, DiD welcomed 15 participants from which 14 are officers from the Ministry of Foreign Affairs, and one officer from the Research Division, Prime Minister’s Office, Malaysia.

The morning continued with the speech by H.E. Ambassador Dato’ Kamilan Maksom, Chief of Protocol, Ministry of Foreign Affairs, Malaysia. In his speech, the cooperation between IDFR and the Ministry in ensuring the programme’s effectiveness was further reiterated, reflecting the seriousness and commitment by both in training the participants to become well-rounded diplomats. Datuk Kamilan Maksom also highlighted the necessary skills and knowledge needed as diplomats in the 21st century as diplomacy has become more complex and intricate. The Ministry’s expectations and hopes for the participants were imparted as to set their six-month journey on the right beginning. Datuk Kamilan Maksom ended his speech by officiating the Diploma in Diplomacy Batch 2016.

At the end of the opening ceremony, the participants held the “Aku Janji”, their pledge of full commitment and participation to the programme. 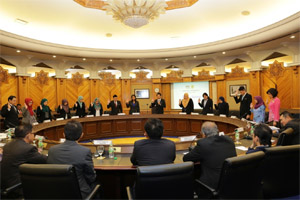 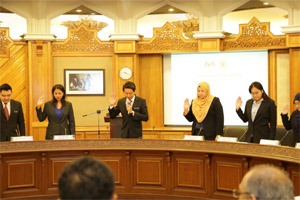