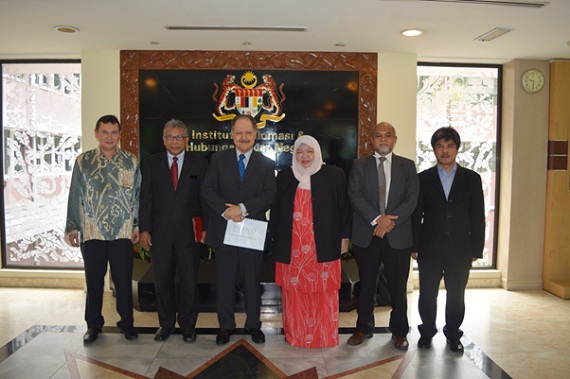 Hailed as a 21st century trade agreement, the Trans-Pacific Partnership Agreement (TPPA) which started with three countries, namely Chile, New Zealand and Singapore, has now extended to 12 countries with the US, Japan, Canada, Australia, Mexico, Malaysia, Peru, Vietnam and Brunei coming into the fold. Being a nation that is dependent on trade and investment but without the advantage of a huge market, a surplus of high-tech skills or cheap labour, can Malaysia at this point afford to ignore a potential market of 800 million people with a combined GDP of US$ 275 trillion?

On April 28, 2016, IDFR and the Institute of Malaysian and International Studies (IKMAS) of the Universiti Kebangsaan Malaysia (UKM) hosted the second roundtable discussion under the Economic Diplomacy Series on the Trans-Pacific Partnership Agreement (TPPA) at the Treaty Room, IDFR. Distinguished panels for the session were Datuk J. Jayasiri, Deputy Secretary General (Strategy and Monitoring), Ministry of International Trade and Industry (MITI) and Malaysia’s Chief Negotiator to the TPPA; Dr. Zulkiply Omar, Senior Research Fellow of the Malaysian Institute of Economic Research (MIER); and H.E. Carlos Isauro Felix Corona, Ambassador of Mexico to Malaysia. The panel discussion was moderated by Mr. Syed Bakri Syed Abdul Rahman, Deputy Director of Centre for Political Studies and Economic Diplomacy, IDFR.

The roundtable discussion seeks to bring about greater understanding and knowledge on the much debated free trade agreement that was signed in February this year. Madam Norani Ibrahim, Director of Special Projects, IDFR delivered the welcoming remarks on behalf of the Director General.

For Malaysia, the TPPA presents new areas such as government procurement, labor, environment and state-owned enterprises that were excluded from Malaysia’s past free trade agreements. Under the TPPA, Malaysia will be undertaking a few key commitments for the first time. Comprehensive liberalisation of goods and services will eliminate pockets of sectoral or product exclusions often found in Malaysia’s past free trade agreements. The threshold for liberalisation is also higher under the TPPA.

Another big move for Malaysia is opening up the government procurement market. This is a major concession and departure from Malaysia’s policy to keep its government procurement market closed. Malaysia is also expected to amend ten of its labour chapters and agreements in compliance with the International Labour Organisation (ILO) Declaration 1998. Three multilateral environmental agreements (MEAs) made enforceable by the TPPA mark another departure for Malaysia as MEAs were never included in its free trade agreements in the past.

What does Malaysia stand to gain from the TPPA? Four new preferential access to markets in the US, Canada, Mexico and Peru will now be open to Malaysia. By assuming the obligations under the investment chapter, Malaysia has a reasonable chance to attract more foreign direct investments (FDIs) and to ensure the current investors in the country stay and expand their operations. With new rules now outlined for 21st century issues such as e-commerce, the TPPA is a game-changer as it creates a platform for digital trade which can be leveraged by developing countries like Malaysia.

Before concluding, Datuk J. Jayasiri emphasised the need for capacity building for small and medium enterprises as well as Bumiputera enterprises, and highlighted the need for civil servants to be equipped with basic facts and obligations of the agreement as they will be its future implementers.

Dr. Zulkiply then shared his analysis of Malaysian trade and export. Malaysian export to its top trading partners such as Singapore, the US, Japan and China is highly concentrated on selected commodities. Electrical and electronics goods make up the bulk of Malaysian exports to the US, alongside machinery and furniture.

Manufacturing of electrical and electronics goods involves regional production networks and global value chain as Malaysia requires a lot of intermediary inputs to produce the exported final products. However, Dr. Zulkiply said that it is best for Malaysia to lessen its dependency on intermediary input (especially for electrical and electronics) in order to gain more value.

Dr. Zulkiply also drew attention to the need to review the economic structure to better link trade and industrial policies synchronously. With the TPPA, Malaysia will have to undertake reforms to improve its productivity and efficiency, and this will be beneficial to the economy in the long run. Dr. Zulkiply strongly believed that Malaysia can benefit from the TPPA’s non-tariff measures such as reforms in labor, commodity, operation and efficiency.

As the third and final discussant, H.E. Felix Corona shared some highlights of the Mexican experience with the North American Free Trade Agreement (NAFTA), discussed the evolution of Mexico-US Trade Balance, and promoted various opportunities for Malaysia in Mexico under the TPPA. H.E. Corona began by explaining that without the TPPA, Mexico already has preferential access to more than 45 countries which accounts to 61% of the world GDP through a network of free trade agreements. Mexico also boasts one of the largest consumer markets in the world, with more than half of its population in the middle-income band.

Mexico is certainly not new to free trade agreements. In 1991, Mexico joined the US and Canada to form the NAFTA, what is perhaps the largest free trade agreement in the world (at least, until the TPPA enters into force). To Mexico, the TPPA is a natural extension to its existing network of free trade agreements as it seeks more presence in Australia, Brunei, Malaysia, New Zealand, Singapore and Vietnam. H.E. Corona drew attention to the fact that through the TPPA, Malaysia will also have access to the other 45 countries that Mexico already has a free trade agreement with and can leverage on Mexico’s connection with North America and Latin America, specifically its trade bloc, the Pacific Alliance.

H.E. Corona highlighted a few Malaysian products that can benefit under the TPPA. The list includes automotive products, machinery equipment, medical devices, electrical and electronics goods, textiles and clothing, as well as rubber products.
Sharing some of the lessons Mexico gained with the NAFTA, H.E. Corona emphasised the need to prepare different sectors to compete in a globalized economy. It is crucial for businesses to be prepared to leave the comfort zone and learn a new mentality of making business. There is also a vital need to invest in human capital, technology and innovation so that a country can better reap the benefits that such an agreement offers. He also pointed to structural reforms as crucial to provide the conditions for companies to compete better.

For Mexico, the TPPA also presents new sets of challenges for the country to face. The Ambassador remained optimistic towards the benefits of the agreement.

In the end, he remarked, Malaysia has a choice: “(You can choose to) actively participate in your own market, be players in the big leagues or champion leagues, or you have the option to be isolated and see the game from the bench.”
The panel discussion drew a strong crowd from government officials, foreign embassies, business chambers and academicians interested in the topic. 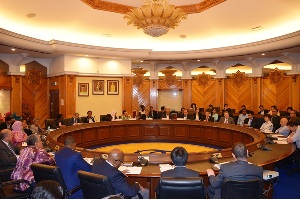 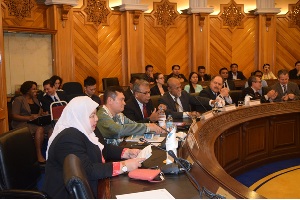