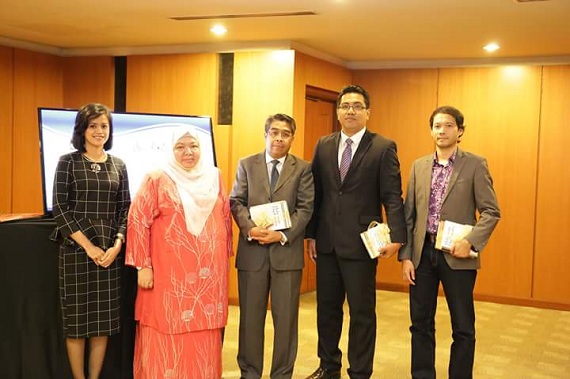 The Diploma in Diplomacy (DiD) 2016 participants and Institute of Diplomacy and Foreign Relations (IDFR), Ministry of Foreign Affairs Malaysia organised a Panel Discussion entitled Petroleum in the World Economy on 17 May 2016. The panel discussion was part of the DiD programme for its module on Economic Diplomacy.

The session discussed the development of the petroleum industry, including its contribution to Malaysia’s economic development as well as global growth. The session further deliberated on the strategic measures in addressing various challenges faced by the petroleum industry such as its existing operations and coping with the high costs in the current economic situation. The discussion also talked over the alternative use of renewable energy which could possibly replace petroleum in the future.

During the session, Mr. Abd Rahim Mahmood spoke on PETRONAS’s role as the custodian of petroleum resources in the country and its management towards the non-renewable resource. He also corrected the misconception made by the public that Malaysia still enjoy the advantage in importing petroleum due to the fallen price of the commodity. He also shared PETRONAS’ innovative ways to increase technological advances of its operation, aligned with one of the thrusts contained in the 11th Malaysia Plan: Accelerating Human Capital Development for an Advanced Nation.

The third panellist, Dr. Mohd Yusof Saari explained the reactions from other countries especially oil producing countries to the fall of the petroleum price and shared his forecasts on the direction of petroleum’s price for the next few years. He urged that it is timely for Malaysia to shift to potential alternative energy resources instead of heavily relying on the non-renewable resources. Dr. Mohd Yusof also highlighted that the Malaysian tertiary education should be improved to enable producing quality graduates to meet the market demand for experts in the petroleum sector in the country.

The Panel Discussion provided the opportunity for the invited participating ministries/agencies as well as the DID 2016 participants to gather information and share opinions in understanding the issues related to petroleum and its effect on Malaysia and the global economy. 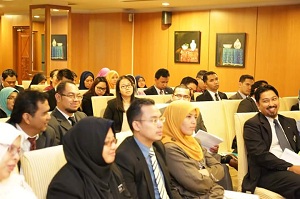 Prepared by:
Nurul Syaza Azlisha
Project Manager
Panel Discussion I : Petroleum in the World Economy
Diploma in Diplomacy (DID) 2016
29 May 2016