Ambassador Lecture Series 2/2021: Shedding Light on the Question of Palestine

IDFR successfully hosted the second Ambassador Lecture Series (ALS) on 6 May 2021, featuring H.E. Walid Abu Ali, Ambassador of the State of Palestine to Malaysia titled Shedding Light on the Question of Palestine. The lecture was conducted virtually via Google Meet and was attended by 93 participants from various embassies and high commissions, as well as officials from relevant ministries, government agencies and universities.

H.E. Walid began the lecture by highlighting that there are a total of 13 million Palestinians residing all over the world, including in Palestinian territories. H.E. Walid further added that Palestinians continue to face daily discrimination and oppression from the Israeli army and illegal settlers, despite the compromise of a two-state solution. Palestinians worldwide also share the burden of fighting for their rights to return to their home country.

Following this, H.E. Walid elucidated his frustration on how the two-state solution compromise does not put an end to the suffering of the Palestinians and the constant violations of the international law against their state. Their claim on being an independent state remains obscure as Israel’s refusal to allow Jerusalem-based Palestinians to participate in the Palestinian elections which were originally scheduled for 22 May 2021. He stood his resolve on how elections can only take place if Palestinians in Jerusalem are able to take part in the elections, as they rightly should. He also mentioned that the European Union and many Islamic countries have promised to put pressure on Israel in support of the Palestinians’ cause.

Under the current Biden administration, H.E. Walid conveyed his optimism in achieving a peaceful setting for the Palestinian people. He elaborated on how the favourable signals sent by the Biden administration may induce a proper accommodation and execution of the two-state solution as negotiated before for the benefits of both states. The international community was urged to be made more aware that the stability of the region could only be achieved when Palestinians' right of living in peace within their independent state, with Jerusalem as its capital, was recognised as it always has been.

Touching on the point of bilateral relation between Palestine and Malaysia, H.E. Walid thanked the Malaysian government for the years of unwavering support for the Palestinians’ cause. He expressed his admiration towards Malaysia’s ardent commitment in supporting Palestine on all levels including politically, economically, financially as well as emotionally in the strive for justice to prevail. With a hopeful glimpse of change in the horizon, His Excellency encouraged the audience to continue their support to Palestine until the time of change arrived.

The Q&A session continued on to be highly engaging with the numerous questions from the audience that ranged from the political stand between the political parties in Palestine, educational opportunities for foreign students along with the nation’s diplomatic relations with other states. His Excellency remained steadfast in answering all the queries and ended the session with an extension of his appreciation towards the audience for expressing their continuous support and solidarity towards Palestine. 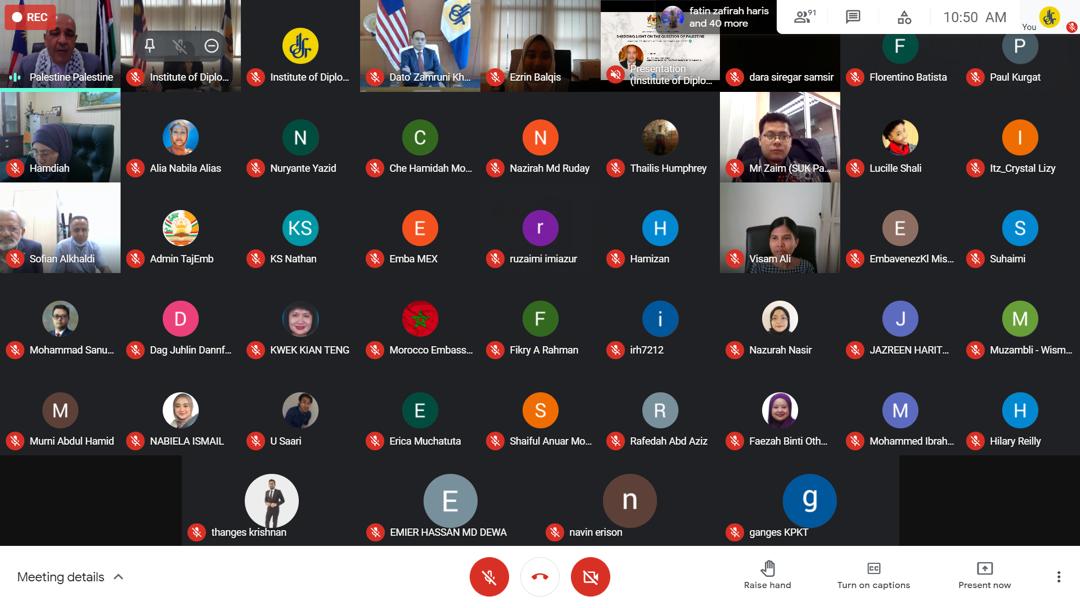 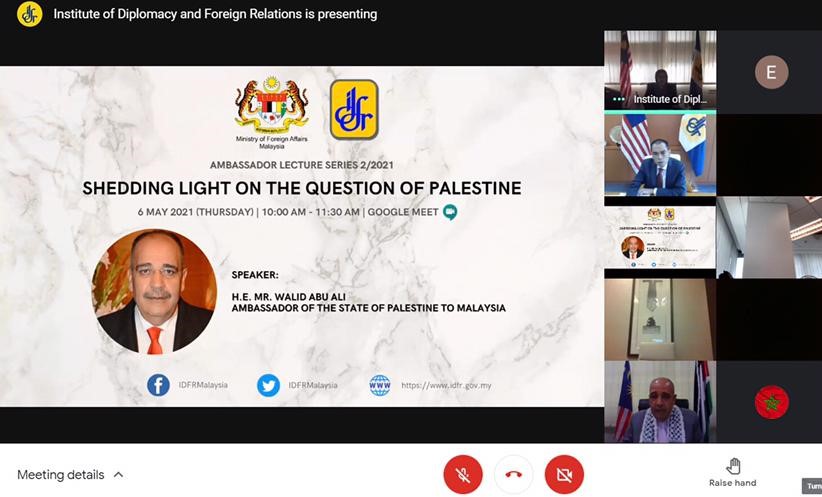