Seminar “Indonesia And The 2011 ASEAN Chairmanship : Priorities And Prospects” 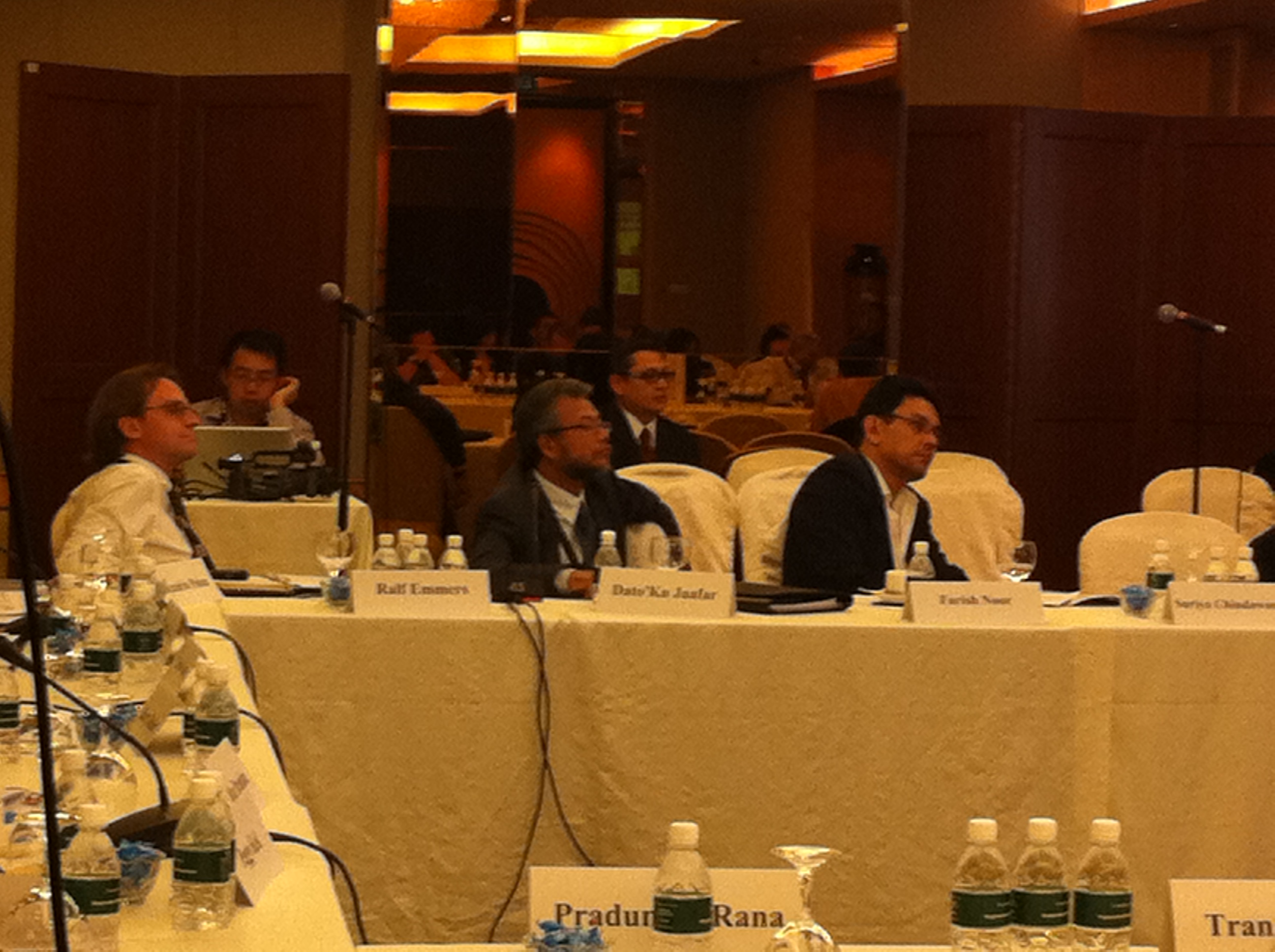 27 April 2011 marked another important milestone for IDFR when the Director General, Dato’ Ku Jaafar Ku Shaari was invited to deliver a speech on the topic entitled “ASEAN Beyond 2015” at Traders Hotel Singapore. Organized by the Rajaratnam School of International Studies in Singapore (RSIS), Center for Strategic and International Studies in Jakarta (CSIS), and the Asia Foundation (TAF), the one day seminar on “Indonesia and the 2011 ASEAN Chairmanship: Priorities and Prospects” held three sessions which focused on priorities and prospects in the economic, political, security as well as on the issue of ASEAN Beyond 2015.

The seminar gathered officials, academicians and think tanks from various institutions such as the Institute of Southeast Asian Studies, Ministry of Foreign Affairs both from Thailand and Indonesia, the Diplomatic Academy of Vietnam, Nanyang Technological University Singapore and Center for Strategic and International Studies Indonesia and Asia Economic Cooperation, Singapore. With the aim of soliciting analytical viewpoints from the discussants, the seminar had provided in depth insight to the growing importance of Southeast Asia in the global arena and the possibilities for a more concrete improvement towards the establishment of the ASEAN Community in 2015.

In the third session, Dato’ Ku Jaafar drew attention to topic concerning ASEAN Beyond 2015. Among the issues highlighted included the need for ASEAN to continuously progress on the path to becoming a more developed, progressive and integrated regional entity in the years leading to 2015 and beyond. Dato’ Ku Jaafar also pointed out that there should be proper coordination and integration which required serious commitment on the part of its member countries in order to create a more resilient ASEAN economy. ASEAN on its part should inculcate the sense of togetherness and mainly to ensure that the necessary steps should be taken in terms of economy, political-security and social that would provide real benefits to its members beyond 2015.

In general, the sessions held provided excellent discussions concerning the importance of the issues concerning economy, politic-security and social of ASEAN in this region. IDFR will continue to participate with such events and hopes for future prospects or collaboration with the Rajaratnam School of International Studies in Singapore (RSIS), Center for Strategic and International Studies in Jakarta (CSIS), and the Asia Foundation (TAF).