Roundtable Discussion on Extremism and Militancy with the Institute of South Asian Studies, Singapore 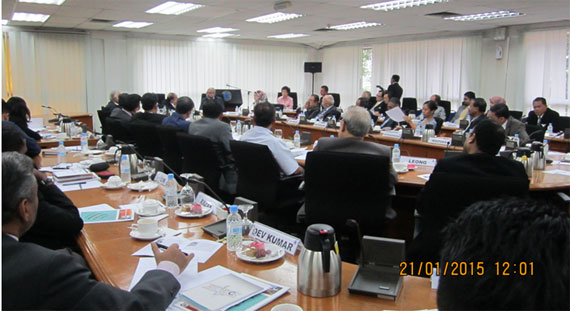 The Roundtable Discussion on Extremism and Militancy with the Institute of South Asian Studies, Singapore was held on 21 January 2015 at the Institute of Strategic and International Studies (ISIS) Malaysia. Quoting from E.H. Carr’s ‘What is History?’, the first speaker, Ambassador Dr. Chowdhury highlighted the importance of causation in deliberating the extremism question. He also underscored the need to intellectually deradicalise and defang the extremist group. On the question of countering extremism or radicalism, he put forward several hopefully workable proposals which included enhancing strategic communication, strengthening criminal justice system, improving gender ratio of the workforce and recruitment drive, promoting the prominent role of regional and international organisations such as ASEAN and the United Nations, and changing existing twisted culture and values via academics and think tanks.

The second speaker, Dr. Elmira Akhmetova observed that extremism is widespreads; existing throughout history and today it is “spreading like cancer in the Muslim World”. She also asserted that the freedom of speech slogan chanted risked encouraging extremism and the Paris tragedy exemplified such. Dr. Akhmetova emphasised the importance of respect for different races or ethnic groups and their rights especially the minority rights in order to achieve and keep workable peace and stability which would benefit the whole world.