Talk By His Excellency Simon Featherstone, British High Commisioner To Malaysia On “Globalised Diplomacy – Diplomats Of The 21st Century” 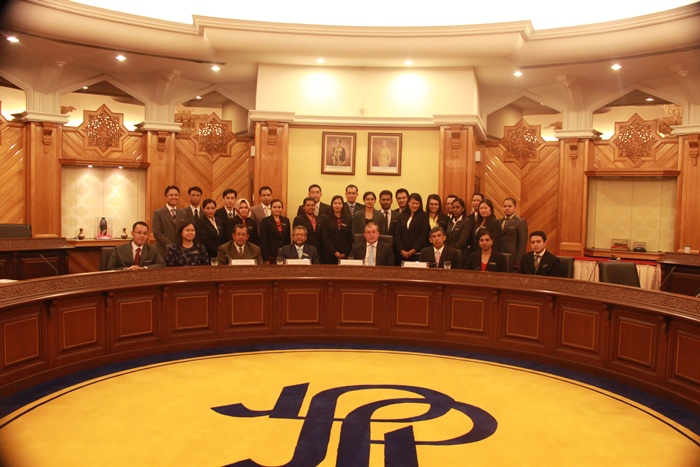 On 28 March 2011, it was an honour for IDFR to receive the visit of H.E. Simon Featherstone, the British High Commissioner to Malaysia to deliver a talk on “Globalised Diplomacy – Diplomats of the 21st Century”.


Dato’ Ku Jaafar Ku Shaari, Director General of IDFR together with Ambassador Abdullah Faiz Zain, Directors and senior officers of the Institute were present to receive H.E. Simon Featherstone. Also present were participants from the Diploma in Diplomacy (DiD) programme and the Diplomatic Training Course. The talk was organised to enlighten participants with some insights to the works of Diplomats in the 21st Century.The session began with the opening remarks by Dato’ Ku Jaafar Ku Shaari and a brief introduction of the Diploma in Diplomacy programme and the Diplomatic Training Course.

H.E. Simon Featherstone made some interesting points on the best aspect of the 21st Century Diplomacy and the variety it has to offer. Namely, the variety of postings, roles, techniques and skills. His Excellency too briefed the audience on the British Foreign office’s new Diplomatic Excellence Programme. The Diplomatic Excellence Programme consist three interlinked goals and they are 1st class foreign policy and diplomatic skills, a strong global network, with the right estate and ICT and a strong and skilled workforce. His Excellency also discussed and shared his experience on the Shanghai Expo.