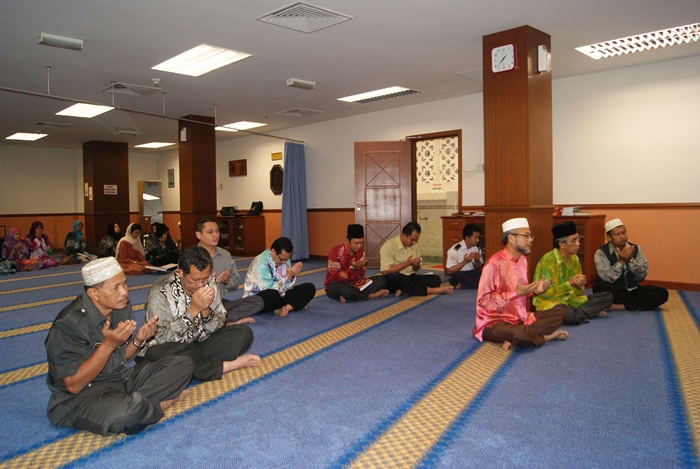 IDFR also held Tadarus Al-Quran (recital of Al-Quran in a group), which concluded with the Khatam Al-Quran ceremony held on 25 August 2011. Led by En. Mohd Sabri Zakaria, IDFR staff concluded the recital, followed by presentation of mementos from YBhg. Dato’ Ku Jaafar Ku Shaari, Director General of IDFR to those who participated.

During his closing speech, YBhg. Dato’ Ku Jaafar Ku Shaari mentioned that reciting the Al-Quran is incumbent upon Muslims daily and that the spiritual activities should be conducted throughout the year. He also reminded everyone to celebrate the upcoming month of Syawal in moderation and to always remember the less fortunate ones.

IDFR staff would like to wish everyone SELAMAT HARI RAYA AIDILFITRI 1432H.