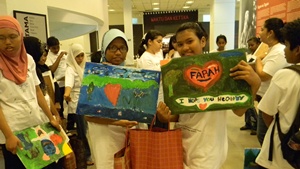 On 23 June 2012, 25 underprivileged kids under the MyKasih Foundation from the Projek Perumahan Rakyat (PPR) and surrounding areas of Wangsa Maju, Setapak and Serdang woke up bright and early with eager faces as they were about to take part in the Guardian Angels Programme, the brainchild of IDFR officer, Ms. Nadhirah Zanudin and sponsored mainly by IDFR.

The first destination for the day was Balai Seni Visual Negara, where they were greeted by officers and the local artist Abby Zain The children were there to attend a specially designed educational programme as an introduction to arts. Arts and visual are a new area for most if not all the children and it was heartwarming to see at moments some of the children so engrossed and fascinated. The highlight of the programme was when it was the childrens turn to show off some hidden talents. The children bid BSVN farewell and clutched their drawing, anticipating the second part of the programme.

They arrived at the Pediatric Institute of Hospital Kuala Lumpur to first listen to a health talk encompassing topics such as hygiene, cleanliness and nutrition. Subsequently, they paid a visit to wards KK2 and KK3 which are temporary homes to children suffering from terminal illnesses. As the facilitators presented the nurses and caretakers with food hampers and whilst everyone was entertained by Stanley the Clown, it was a moving moment when the children presented their drawings to the patients as presents for remembrance and well wishes. All in all, it was a good day for all parties involved; especially the children and patients.

Seeing the heartwarming effect and overwhelming response, there is a big possibility that IDFR will organize similar programmes in the future as part of its CSR programme. 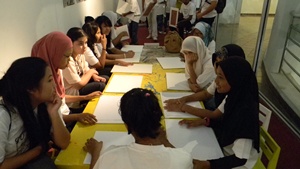 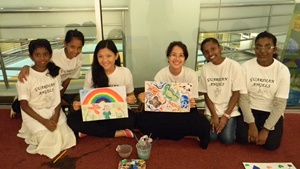