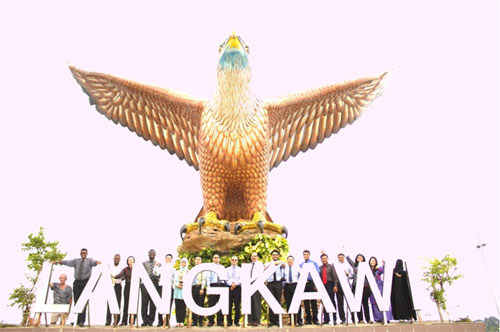 The Master in Social Sciences (Strategy and Diplomacy) students at IDFR made a study visit to Langkawi Island, Kedah Darul Aman and Wang Kelian, Perlis on 22 – 24 June 2012.  Among the places they visited included the Royal Malaysian Navy’s naval base at Langkawi, the Langkawi Development Authority (LADA), and the Wang Kelian Immigration, Customs and Quarantine post at the Malaysia-Thailand border. The group was accompanied by Mr. Vasudiwan Narayanan, the Director of the Regional & Security Studies Division of IDFR and Dr. Ravichandran Moorthy, the UKM Coordinator of the Masters programme.

The group travelled to Kuala Perlis by bus and then took a ferry to Langkawi Island. While at Langkawi, they visited the Kilim Geoforest Park where they watched how eagles were fed. They also had the opportunity to travel in the cable car that provided a panoramic view of the mountains and seascape of Langkawi.

On 23th June 2012, the group visited the Royal Malaysian Navy’s naval base at Langkawi where they were received by Captain Noor Zukhi bin Hj. Harun, Chief of Staff of the naval base. The group was later briefed on the role and functions of the naval base followed by a discussion which was actively participated by the students. They also admired the picturesque view from the naval base of the legendary Pulau Dayang Bunting.

In the afternoon, they visited LADA where Dr. Yazan bin Zainol, the Manager of its Development and Planning Division briefed the group about the development activities being carried out in Langkawi. He said that the objective of LADA was to make Langkawi among the ten most popular touristic islands in the world.

On the next day, the group left Langkawi for Perlis where they visited the Wang Kelian, Immigration, Customs  and Quarantine post at the Malaysia-Thailand border. Mr Shafrulfaiz bin Ab. Satar, the Secretary of the National Security Council (MKN)’s office in Perlis and his deputy Mr. Mohd. Shukri Sulaiman gave the briefing highlighting the “free-flow” concept that allows Malaysians and Thais to enter one kilometer into each other’s territory without using passports.

The group were also briefed on cross-border issues and later had the opportunity to travel on the road along the Malaysia-Thailand border to Padang Besar on their way back to Kuala Lumpur. 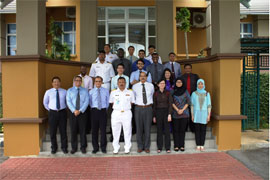 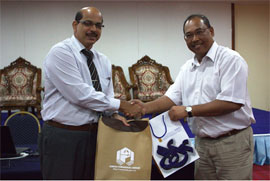 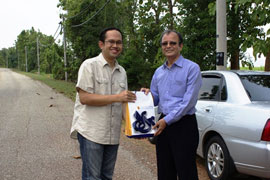