Public Forum on “The Alliance of Civilisation: Its Significance for Asia in the 21st Century” 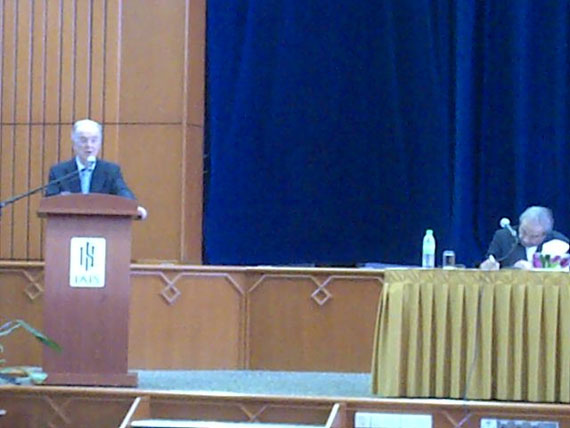 The Institute of Advanced Islamic Studies (IAIS) Malaysia in collaboration with the International Movement for a JUST World (JUST) had successfully organised a Public Forum on “The Alliance of Civilisations: Its Significance for Asia in the 21st Century” by His Excellency Jorge Sampaio, United Nations High Representative for the Alliance of CIvilisations and Former President of Portugal at IAIS on 27 November 2012. The guests among others were YAB Tun Abdullah Haji Ahmad Badawi, Patron of IAIS Malaysia, diplomatic corps., representatives from think tanks, governments officials as well as international and local universities students. Ms. Khairul Bariah Che Amat represented the Institute of Diplomacy and Foreign Relations (IDFR).

Professor Dr. Mohammad Hashim Kamali, Founding Chairman and CEO of IAIS Malaysia in his opening remarks recalled the ten principles on the civilisational renewal of Islam (Islam Hadhari) which was the idea behind the establishment of IAIS Malaysia. IAIS has been promoting dialogue within Malaysia’s plural society on the Islam Hadhari concept which calls for moderation and a balanced outlook in life, in line with the United Nations Alliance of Civilisation (UNAOC) goal to create balanced relations among countries, people and communities. He also congratulated Professor Dr. Chandra Muzaffar, President of JUST and his co-moderator for the Forum on JUST’s 20th Anniversary as well as commended the great initiatives run by JUST throughout the years.

His Excellency Jorge Sampaio briefly recollected the primary mission of the UNAOC which is to forge collective political will and to mobilise concerted action aimed at improving cross-cultural understanding through actions at governmental and civil society levels. He explained that Asia lies at the heart of the big process of civilisation with its astonishing diverse countries, wide-range of political system, home to majority of world’s Muslim population, arising inter-religious tension and also emerging as the most potential and dynamic region. He highlighted that national plans and regional strategies as well as proactive civil society are the true fuel power for shaping the policy towards good governance amidst the culturally diverse society in Asia.

He also explained that since the many causes of tension in the Asia-Pacific region are home-grown, UNAOC is working in its four program areas which are youth, media, education and migration targeting the relevant Asia-Pacific countries. For the Asia-Pacific region to establish alliances, the countries need to learn how to disagree and to forge consensus through compromising with each other. He concluded with informing that UNAOC is not producing models for alliances but it is acknowledging the different perspectives and how they can be developed for a better and modern future. The Forum concluded with a question and answer session as well as vote of thanks to His Excellency for sharing his views before his departure for UNAOC Regional Consultations for Asia-South Pacific in cooperation with UN Association of China in Shanghai on 29-30 November 2012. 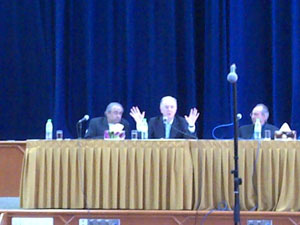