Roundtable Conference on Malaysia’s Relations with Brunei, Cambodia, Laos, Myanmar, the Philippines and Singapore towards Strengthening ASEAN through Multi-channel Dialogue 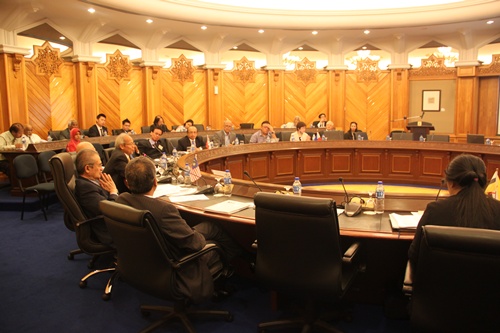 The historical premise of The Institute of Diplomacy and Foreign Relations (IDFR) saw the first plans of ASEAN formulated with the five founding nations. However, after 45 years in existence, ASEAN continues to face multiple challenges and issues within the member countries themselves. To facilitate the formulation of solutions for this scenario, the Foreign Policy Study Group (FPSG) in collaboration with IDFR and Sasakawa Peace Foundation (SPF) organised a two-day Roundtable Conference on Malaysia’s Relations with Brunei, Cambodia, Laos, Myanmar, The Philippines and Singapore towards Strengthening ASEAN through Multi-channel Dialogue at IDFR on 3 - 4 December 2012.

The Roundtable was the third installment of conference on ASEAN issues held this year and continuing the success saga of the two earlier conferences brought together distinguished speakers and participants from the government agencies, NGOs, universities, diplomatic corps, civil society organisations as well as youths.

The guests were very privileged to have the presence of YABhg. Tun Abdullah Hj. Ahmad Badawi, Former Prime Minister as well as Former Foreign Minister who in his opening remarks called for ASEAN member countries to be united and bond together to face the emerging challenges stemming from the arising world powers and geo-political realities. He also applauded FPSG for bringing together the various groups of guests to promote people-to-people contacts beyond the existing initiatives by the governments. YBhg. Dato’ Ku Jaafar Ku Shaari, Director General of IDFR, in his welcoming remarks also congratulated FPSG and SPF as well as expressing IDFR’s appreciation for having the opportunities to cooperate together for all three series of conference. He emphasised on creating a long-term sustainability of the people-to-people contacts as well as urging all to put in the effort required in achieving the ASEAN Community by 2015.

The conference agreed that ASEAN had brought about significant change in the life of the people, however, many are still unaware of the enormous role play by ASEAN throughout the years. More information and encouragement needed to be made available to promote the regional integration and community building effort. Among the other issues discussed were the participation of private sector also needed to be enhanced as ASEAN should not be left behind in the age of economy anticipated for the next decade. Other internal disagreements and disputes should also be resolved to realise the harmonization of international and regional interests. It was also highlighted that ASEAN is also facing the lack of implementation of the many policies, blueprints and initiatives which should have been look into by the Leaders.

The Conference concluded with observations and remarks expressing mutual hope that the Conference managed to provide views for strengthening of ASEAN towards ASEAN Community 2015 and beyond. 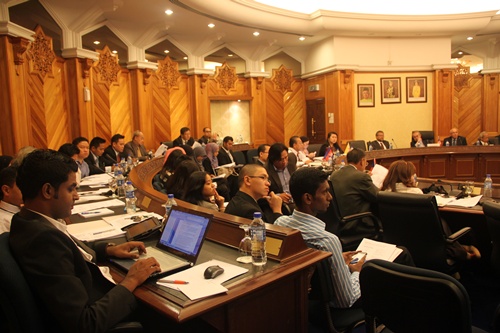