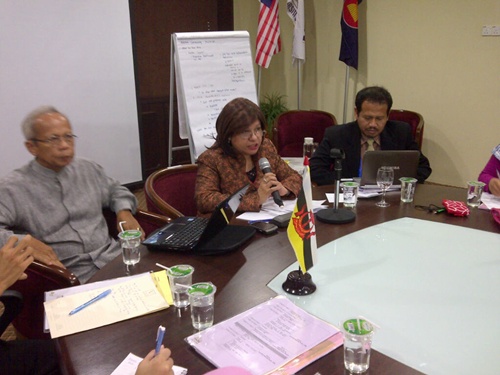 Realising the huge potential of the youth of ASEAN, the Centre for Policy Research & International Studies (CenPRIS), Universiti Sains Malaysia in collaboration with the Foreign Policy Study Group (FPSG) organised The ASEAN Youth Workshop on ASEAN Community: “Unity in Diversity” on 10 – 11 December 2012 at CenPRIS. Following the success of the “Youth Seminar on Foreign Policy” held December last year, the Workshop set the standard high this year by gathering youths from nine out of all the ten ASEAN countries.

Recalling Malaysia’s focus for the upcoming Chairmanship in 2015 which is to create a “People-Centred ASEAN”, she encouraged the youth to come up with initiatives and views on ways to create awareness of ASEAN among youth which will contribute towards the aim of creating a “People-Centered ASEAN”. She also asked the youth for opinions on the role of Civil Society Organisations (CSO) and gender which are increasingly being involved in policy-making in the ASEAN countries. The floor agreed that ASEAN is facing a number of challenges in achieving a “People-Centred ASEAN”.  However, there is also a trend towards supporting the realisation of a “People-Centred ASEAN” which among others is the globalisation process which is opening up windows to the world in all ASEAN countries thus creating a bigger perspective and worldly point of view among the people of ASEAN. It is also being supported by the growing economy, increase in the involvement of youth as well as CSOs and the trend from localisation to regionalism among the countries.

The results of the panel discussions, workshops and group presentations based on the three pillars of ASEAN Community - political and security, economic, and social cultural community yielded fresh revolutionary ideas from the youth which hopefully would start off new initiatives by the youth of ASEAN in achieving a “People-Centred ASEAN” by 2015. 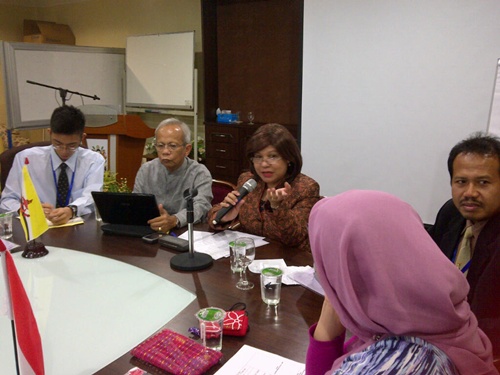