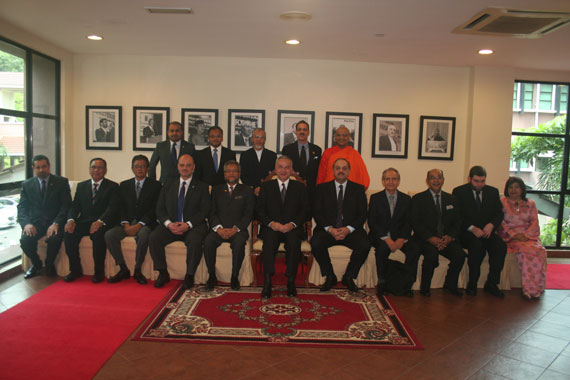 With the theme Islam and Diplomacy -The Search for Human Security, the Forum saw the participation of more than 300 guests, including former ambassadors, members of the diplomatic corps, representatives from think tanks, universities and NGOs, and officers from various Ministries and government agencies.

The Welcoming Address was delivered by Professor Dr. Mohammad Hashim Kamali of IAIS, followed by an Address by His Excellency Dr. Khalid bin Mohamed Al-Attiyah, Minister of State for Foreign Affairs, State of Qatar. In his speech which was delivered in Arabic, His Excellency Dr. Khalid said, among others, “that peace cannot prevail nor can human security be achieved as long as international relations are based on the logic of force and as long as force resorts to politicizing the law to justify its intervention.”

This was followed by the Keynote Address by His Royal Highness Raja Dr. Nazrin Shah, Regent of the state of Perak Darul Ridzuan and IDFR’s Royal Patron. In his Address, His Royal Highness Raja Dr. Nazrin Shah said that, “a foremost requirement for promoting human security is the recognition of diversity and difference in our global context, as well as within the boundaries of individual nations. We should cultivate awareness and understanding of the worldview of others, and learn to respect their various traditions. The combined experiences of human societies in the modern era in the economic, political, social and cultural domains of life are pushing towards recovering the basis of security reflected in basic human needs and hopes. Peace will only be achieved between nations, and among the diverse peoples within nations, when security is understood in these terms.”

Two panel discussions followed the opening session. As continuity to the Forum, a dinner talk by Tun Abdullah Ahmad Badawi, former Prime Minister and Patron of IAIS will be held later tonight. Tun will speak on Islam and Peace Building in the 21st Century. 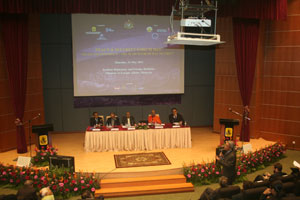 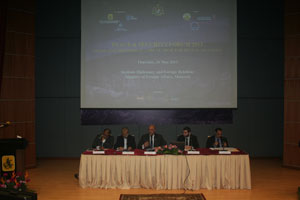 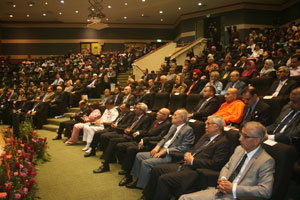