The Rally of Malaysian NGO’s to Help The Palestinian 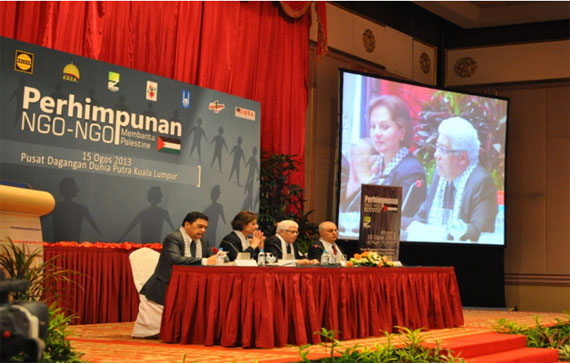 The main objective of this forum was to come up with efficacious ideas between the non-governmental organisations on how to help the Palestinian people. The forum commenced with a welcoming speech by Tan Sri Norian Mai, Chairman of Perdana Global Peace Foundation (PGPF) where he said that the aim of the gathering is to cooperate together to help Palestine people on the principle of humanity.

The session titled, “The Current Development in Middle East” discussed the issue on the present situation in Palestine and the actions to be taken in order to overcome this circumstance. All the speakers touched the broad overview of West Asia and the overall picture in the Middle East. All speakers agreed that the West Asia region is still facing difficulties in sustaining their stability and challenges in providing jobs for the people, reducing the poverty rate, recover the growth of economy and also to attract investors. It is hoped that Malaysia will continue the support and help the Palestine people as they deserve to see the real peace and also real stability.

The session covered on the hopes of Palestine people and drastic steps taken by our NGOs previously in order to assist the people who are treated unfairly by the Israelis. According to Mr. Muslim Abu Omer, the Palestine people are still suffering, yet they still manage to resist the policies for sixty years. He added that a lot has to be done and Malaysia has contributed greatly. He expressed that these projects will continue, not only short term but also with the projects that will leave a long term effect. Besides that, he hoped that upcoming projects will reach out to the Palestine refugees.

The next session at the forum was the speech by former Prime Minister of Malaysia YABhg. Tun Dr. Mahathir Mohamad, as President of Perdana Global Peace Foundation (PGPF).Tun Dr. Mahathir congratulated the NGOs of Malaysia to come together to discuss on what has to be done to support the Palestinians. He said that, we need proper strategies and objectives to overcome this problem and it takes more than providing food, money and water.

The last session in the forum was the press conference with the invited members of institutes and also other NGOs. 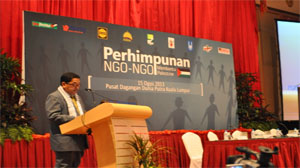 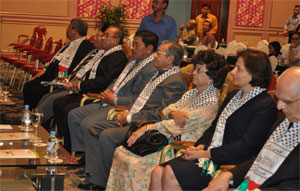