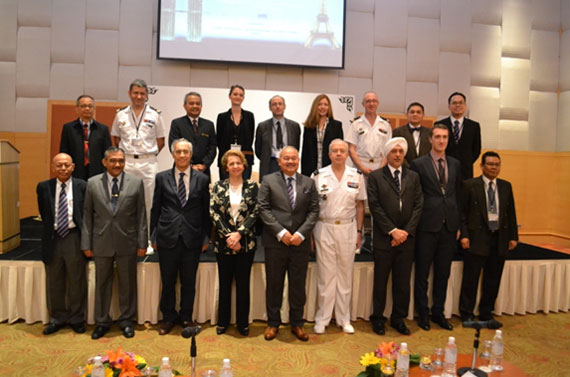 A conference on Defence and Security Cooperation between Malaysia and France was organised by the National Defence University Malaysia (NDUM) in collaboration with France’s Institut Des Hautes Etudes De Defence Nationale (IHEDN) at the Prince Hotel on 8 May 2014. The conference was the third series in the annual programme between these two institutions with the sole purpose of strengthening the bilateral relationship in the related defence and security cooperation.

The conference was officially opened by General Tan Sri Haji Zulkifli Haji Zainal Abidin, the Vice Chancellor of NDUM. The first session of the conference titled “Malaysia – France Bilateral Relations (defence, security and technical collaboration)” included speakers such as Dato’ Jesbil Singh, Deputy Vice Chancellor of NDUM, Miss Virginie Hervo, from the Ministry of Exterior Affairs, France and Mr Christian Bourdeille, Ministry of Defence, France. The speakers spoke about the close working relationship between Malaysia and France in the global arena, the regional and international Peacekeeping Operations and the importance of cooperation, not only in defence related matters but also in education, tourism and the economy. There was also the importance of expanding the scope of the cooperation under the strong bilateral relationship due to the strong and stable political and economic situations in both countries. The session was moderated by Professor Dr Faizal Ali from NDUM.

The second session titled “Current European Geopolitical Scenario” was helmed by Professor Dato’ Dr B A Hamzah and the speakers were Ambassador Nicolas Normand from IHEDN, Dr Adam Leong from NDUM and Mr Thornike Gordadze from IHEDN. In this session, the speakers highlighted about the crisis that was happening in the Crimean Peninsula in Ukraine which could be traced back to the 1938 Munich Conference, the aggressive move made by Russia under President Putin to re-establish Russian influence in Ukraine despite the protests made by the world community. Another interesting topic was about the post-Arab Spring situation in several Arab countries that were rocked with demonstration, anarchy and the collapse of the ruling governments.

The third and final session of the one-day conference was titled “East Asian Security Scenario” which was moderated by Lieutenant Colonel (retired) Ahmad Ghazali Abu Hassan from NDUM. The speakers included Professor Dr Aruna Gopinath from the Centre for Defence and International Security Studies (CDISS) NDUM, Captain (Navy) Christophe Pipolo from the Ministry of Exterior Affairs, France and Lieutenant Colonel Zaini Salleh from NDUM. The speakers enriched the audience about the fragile security situation in the seas between the Philippines and Malaysia, especially Sabah, the insurgents in South Philippines and the recurring kidnapping issues in the surrounding areas of eastern Sabah coast. Another issue was about the volatile situation in southern Thailand which had caused several lives, loss of business and revenue and total destruction in several tourist and business districts and its effects on Malaysia.

In conclusion, the conference had created awareness about the security concerns especially in the Southeast Asian region as highlighted by both Malaysia and France. The conference also gave some insights about crises, volatile issues and disputes which occur around the world currently and could in one way or another have an impact not only to Malaysia and its neighbours but also to France and its strategic partners. 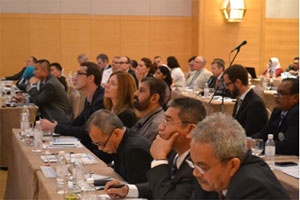 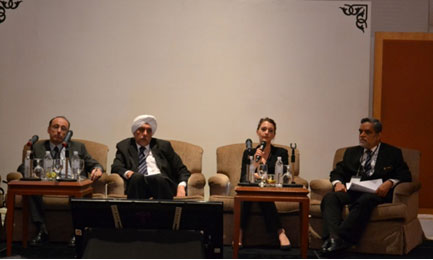