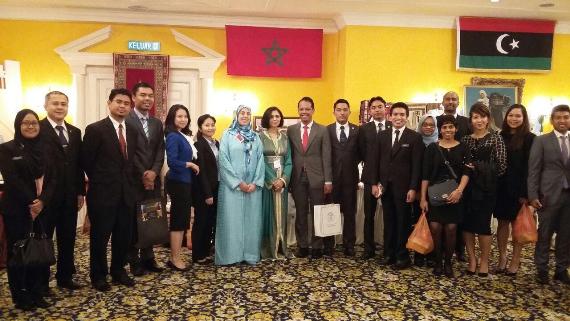 Eighteen participants of the Diploma in Diplomacy (DiD) programme series 1/2015 had the opportunity to attend the Arabic Products and Folklore Exhibition which was held at the Ritz Carlton Hotel, Kuala Lumpur on 13 May 2015. The aim of the exhibition, which was organised by the wives of ambassadors from 11 Arab countries, is to promote the traditional food, lifestyle and culture of the Arab communities to the local people. The 11 countries involved in the exhibition were Palestine, Lebanon, Oman, Morocco, Egypt, Kuwait, Libya, Saudi Arabia, Yemen, Qatar and Sudan. 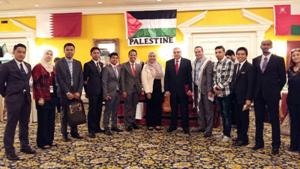