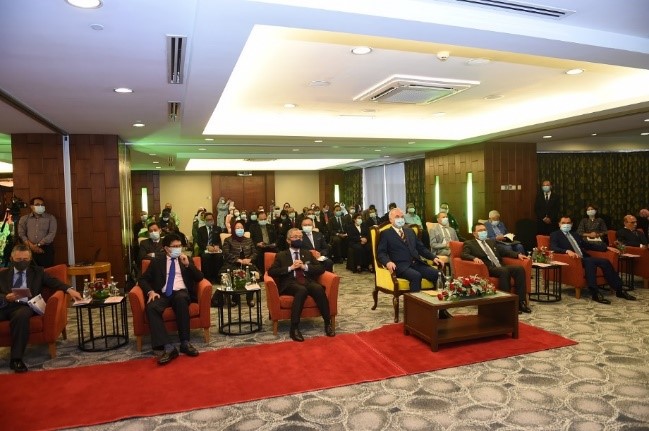 On 25 August 2020, the IDFR Lecture Series 2/2020 was held in Kuala Lumpur. The lecture was delivered by the esteemed speaker, Tan Sri Mohamed Jawhar Hassan, one of IDFR’s Distinguished Fellow, and Former Chairman and Chief Executive of the Institute of Strategic and International Studies (ISIS) Malaysia on the topic of The United States (US) and Iran: Beyond The Nuclear Weapons Issue.

The IDFR Lecture Series provides a platform for diplomacy practitioners to deliberate on topical issues of importance at the national, regional or international level. During his lecture, Tan Sri Jawhar discussed the very current and contentious topic of the US-Iran relations, both parties to the Treaty on the Non-Proliferation of Nuclear Weapons (NPT).

With regard to the US-Iran relations, Tan Sri Jawhar added that both countries had good relations in the 19th century. He then explained further the factors leading to the US-Iran tension.

Tan Sri Jawhar highlighted that interestingly, it was the US that helped Iran embark on its nuclear journey in the 1950s when they were still enjoying good relations. Iran, together with nearly 30 other countries, received technical assistance from the US under its Atoms for Peace programme. However, after the Iranian Revolution in 1979, the US stopped their assistance. Iran then entered into a nuclear cooperation agreement with Pakistan, China and Russia. Iran who had become a party to NPT in 1970 was regarded as not having been fully transparent to the International Atomic Energy Agency (IAEA). A Joint Comprehensive Plan of Action (JCPOA) was successfully concluded between Iran and the five permanent member of the United Nations Security Council (UNSC) as well as Germany in 2015. A road map agreement between Iran and the IAEA was also signed then. The 25-year Plan of Action put a cap on Iran’s nuclear capacity in exchange for relief from nuclear related sanctions imposed by the US, the European Union and the UNSC. Iran’s compliance with the terms of the agreement led to the gradual lifting of all nuclear related sanctions. However, in 2018, President Trump withdrew the US from several agreements including the JCPOA, and all previous US sanctions were re-imposed on Iran.

Tan Sri Jawhar concluded his lecture by stating that Malaysia wishes to see a West Asia that is at peace with itself and with the rest of the world; for outside powers to abide by international law, pursue peaceful policies and respect national sovereignty; for our country to be friends with all and prosper together with them. He also believes that many of us would like to see a West Asia that resembles Southeast Asia more: a region whose peace and prosperity is underpinned by cooperative norms, principles and processes that characterises an organisation like ASEAN or something even better. 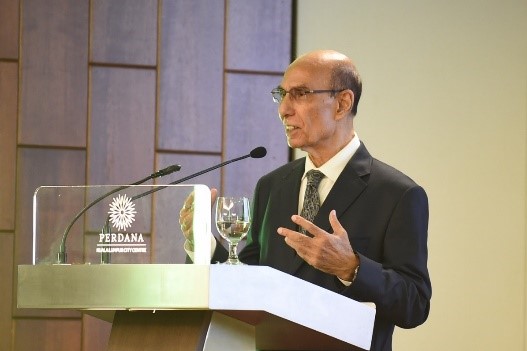 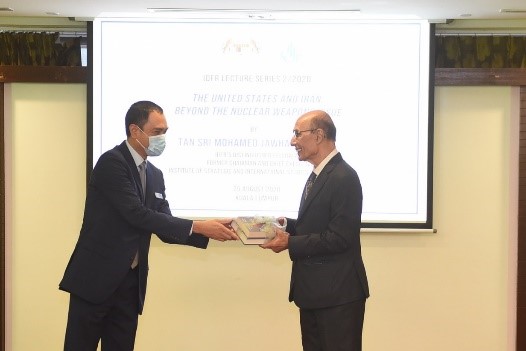