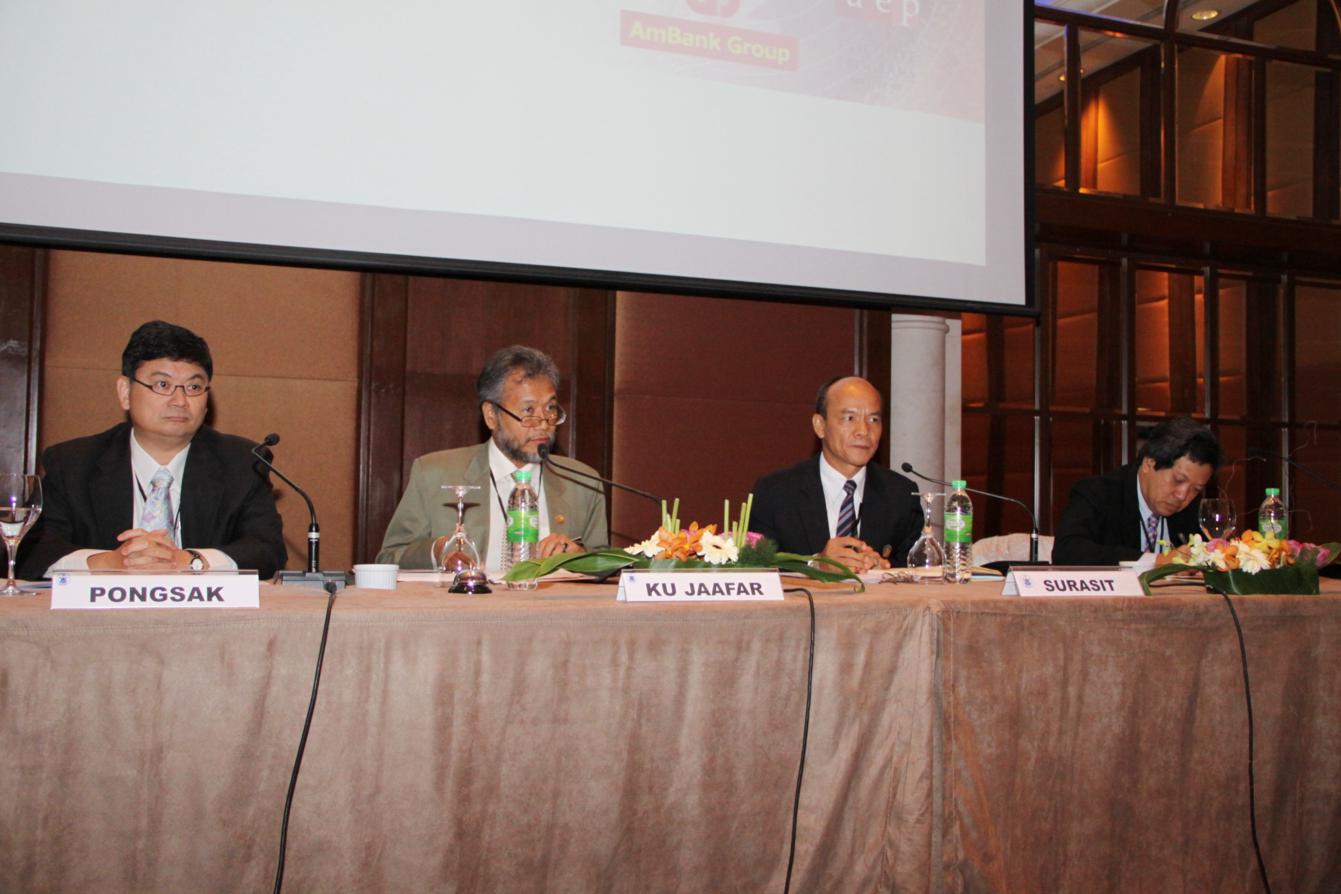 YBhg. Dato’ Ku Jaafar started off the session by highlighting that in 2011, Thailand has undergone a number of very significant and important milestone in the development of its national politics and socio-economics. Among the highlights are the newly elected Prime Minister Yingluck Shinawatra as the first woman prime minister of Thailand, and the flooding situation which has inundated one third of Thailand causing 188 casualties and nearly 10 million people are affected, and considered as the worst flood in more than half a century. Another issue of interest is the role of monarchy in Thailand whereby royal institution is highly regarded and respected.

The first panelist, Dr. Pongsak Hoontrakul, enlightened the audience on the current politic outlook of Thailand amidst the flood disaster and other issues of concern. He also compared the governance and political trend of former prime ministers of Thailand, Abhisit Vejjajiva and the infamous Thaksin Shinawatra with the current prime minister. He also emphasised that the Constitution of the Kingdom of Thailand has evolved significantly and played a very important role in Thailand’s politics.

Meanwhile, Major General Surasit Thanadtang captured the audience’s attention with the future outlook and ways to improve the economic crisis and sustainability, governance and the big issue of corruption as well as the social issues faced by Thailand such as security, national education, resurgence of South Thailand, national defence policy, technology and also drug problem.

Mr. Bunn Nagara, in his presentation, mentioned that although Thailand has been very much in the news, but it has always been for the wrong reasons. He expressed his view that major issues such as political polarisation, economic productivity and competitiveness as well as the hostile situation in southern Thailand should be given the focus and addressed publicly instead of the calamities and Thaksin’s application for the royal pardon. He also posed several questions for the future of Thailand which among others were about the competency and effectiveness of the current leadership, the future of the longest reigning monarchy and its relevance as well as the current situation in the southern province.

The session ended with the panelists addressing several of the questions raised by Mr. Bunn Nagara thus clarifying the major perception surrounding the issues of Thailand. YBhg. Dato’ Ku Jaafar in his concluding remarks, expressed the fact that despite the current situation, there is hope for a better future in Thailand, and for Thailand to always be known as the “Land of Charming Smile”.