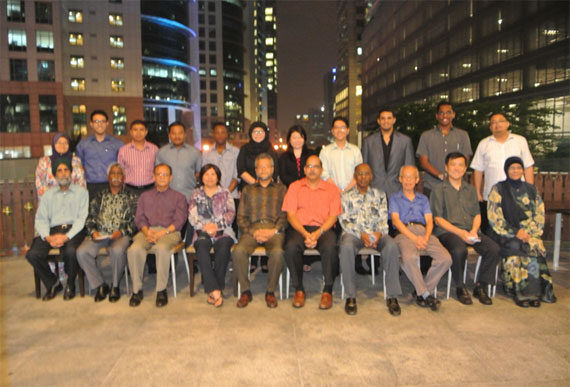 A farewell dinner was hosted by YBhg. Dato’ Ku Jaafar Ku Shaari, Director General of IDFR for students of the IDFR-UKM Master of Social Sciences (Strategy and Diplomacy) Programme, Session 2011/2012 on 20 September 2012. It was held at Kelantan Delights, Sooka Sentral Branch, Kuala Lumpur. Besides the Master’s students, lecturers of the Master’s programme and IDFR officers were also present.

In his speech, the Director General of IDFR expressed the hope that the students, who would be graduating soon, had benefited from attending the Master’s programme and that it would help them in their careers. He noted that the theories and concepts that they have learnt would enable them to better understand and analyze international issues and the ever changing geopolitical landscape of today.  Also, he wished them success in their future endeavours and thanked the lecturers from UKM and the coordinators from IDFR and UKM for their effort in making this programme a success.

Mr. Soh Zhao Yao, who represented the Master’s students, gave the vote of thanks to IDFR and UKM for the support and effort extended to them.